China reportedly “sunk” a mock US aircraft carrier with a state of the art missile during a war game in the Gobi Desert recently, fueling concerns that the newly emerging superpower is increasingly eyeing the United States as a military rival.

“The People’s Liberation Army has successfully sunk a US aircraft carrier, according to a satellite photo provided by Google Earth,” reports the Want China Times,” adding that, “A satellite image reveals two large craters on a 200-meter-long white platform in the Gobi desert used to simulate the flight deck of an aircraft carrier. The photo was first posted on SAORBATS, an internet forum based in Argentina. Military analysts believed the craters would have been created by China’s DF-21D anti-ship missile, dubbed the “carrier killer.”

The article cites a report which appeared in the state-run Global Times boasting of how the new missile has the capability to strike aircraft carriers 2,000 kilometers away. The report was careful to add that the missile, which is being stationed at strategic locations around China’s coastline, does not have the technical capability to reach America, a moot argument given that US aircraft carriers are located at numerous different points on the globe at any one time.

As Business Insider notes, the report’s legitimacy is bolstered by the fact that, “The China Times is a 63 year old Taiwanese paper slightly slanted toward unification, but with a solid reputation and accurate reporting.”

Although the test in the Gobi Desert was supposedly successful, defense expert Roger Cliff points out that targeting a real aircraft carrier at sea would be significantly more difficult.

“The thing to keep in mind is that, in order for China to successfully attack a U.S. navy ship with a ballistic missile,” Cliff told The Diplomat, “it must first detect the ship, identify it as a U.S. warship of a type that it wishes to attack … [then] over-the-horizon radars used to detect ships can be jammed, spoofed, or destroyed; smoke and other obscurants can be deployed … and when the missile locks on to the target its seeker can be jammed or spoofed.”

However, the fact that China is targeting a mock US aircraft carrier as the main focus of one of its war game exercises is sure to set alarm bells ringing, especially amidst an undercurrent of tension created as a result of China’s recent spat with Japan over disputed islands in the East China Sea. Last week, Japan warned that it would fire on Chinese aircraft to prevent violations of its airspace.

The Pentagon’s recent geopolitical pivot made it clear that China was the primary military threat to the United States.

Threats on behalf of Chinese military officials to target the United States have increased in recent years.

In September last year, Zhang Zhaozhong, rear admiral at China’s National Defense University, was quoted in the state-run People’s Daily as bragging that China would comfortably defeat Japan in a war and that Beijing should prepare for the United States to become involved in the conflict.

In December 2011, Zhaozhong also warned that China “will not hesitate to protect Iran even with a third world war.”

Earlier this year, Zhaozhong reacted to the announcement that the United States had developed a new high-tech stealth destroyer warship by saying China could use fishing boats laden with explosives to carry out suicide attacks against the U.S. Navy.

“It would be a goner,” Zhaozhong told state broadcaster CCTV’s military channel.

In July 2005, Maj. Gen. Zhu Chenghu boldly threatened the United States with a nuclear attack if it became embroiled in a conflict between China and Taiwan, with which the US has a mutual defense pact.

“If the Americans draw their missiles and position-guided ammunition onto the target zone on China’s territory, I think we will have to respond with nuclear weapons,” Chenghu told reporters. “We Chinese will prepare ourselves for the destruction of all of the cities east of Xian [in central China]. Of course the Americans will have to be prepared that hundreds … of cities will be destroyed by the Chinese,” he added.

In January 2011, China changed its military policy to allow pre-emptive nuclear attacks on other countries. 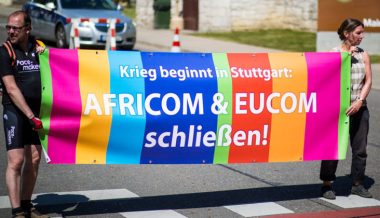 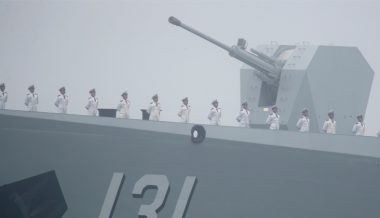