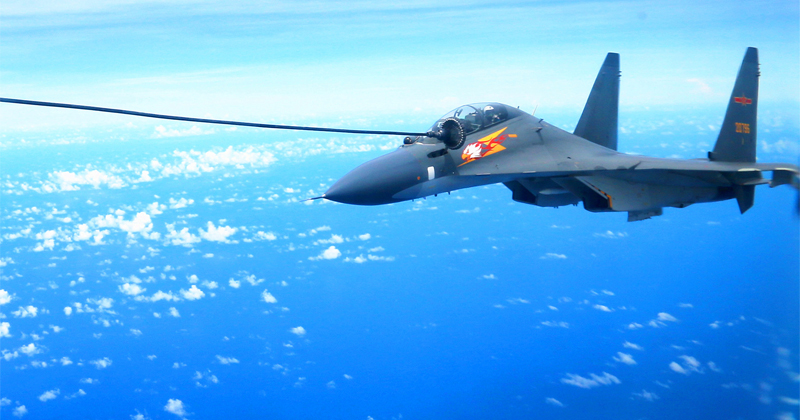 China has conducted massive aerial drills over the South China Sea at a moment of all-time high tensions with the United States.

Described as air combat readiness exercises, regional media details that three of China’s five main military regions are active as part of the drills. It comes on the heels of even larger exercises off the Leizhou Peninsula in southern China which wrapped up days ago.

“Our aim is not to push the limit or break a record. All our exercises are aimed at [preparing for] actual combat,” a state media video said of the drills, which lasted over ten hours.

The aircraft made use of some of its man-made islands which have been at center of controversy with regional allies of the US, given the artificial land masses have been used to expand China’s maritime claims over the whole area.

South China Sea detailed of the new drills that “the Southern Theatre Command sent various aircraft, including an Su-30 fighter and an aerial refuelling tanker, to Subi Reef, a South China Sea atoll that China expanded into an artificial island.”

During the exercise, one foreign aircraft was said to be chased away from the area, but it’s unclear whether it was military or what nation it belonged to.

Subi Reef is in the Spratly Islands — lately an area where tensions run high, also given the significant uptick in US overhead military overflights of the past months, and especially the fact that Vietnam is locked in a territorial dispute with Beijing over the island chain.

Meanwhile, the Pentagon has plans for its own future drills in the contested South China Sea; however, some allies like the Philippines have said of late that they don’t plan to participate for fear of sparking inadvertent military conflict.