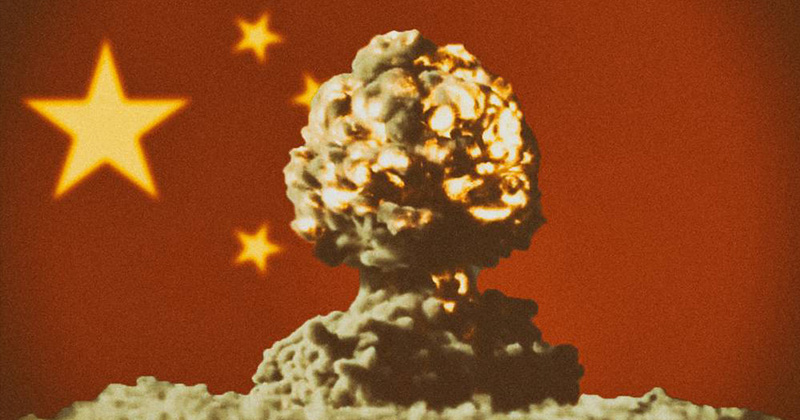 As the world is distracted by the Chinese Coronavirus, China is utilizing order out of chaos to strengthen their global position.

Recently, the NY Post reported China is denying US claims that they are testing nuclear weapons outside of international law….. “Chinese Foreign Ministry spokesman Zhao Lijian said, ‘The US neglects all the facts and makes wanton accusations against China. This is irresponsible and ill-intentioned.'”

Zhao went on to call the claim “a complete distortion of the facts.”

But according to an arms control report from the State Department, obtained by the Wall Street Journal, “The Chinese Communist Party may be conducting tests within the northwest region of the country using low explosive power.”

The Economic Times reported, “Indeed, China fired more than 100 ballistic missiles during testing and exercises in 2019, according to sources close to the US military. Such a figure greatly exceeded what the USA and Russia launched, and it illustrates that China is not decelerating in any way its development of missiles for the PLA Rocket Force (PLARF).”