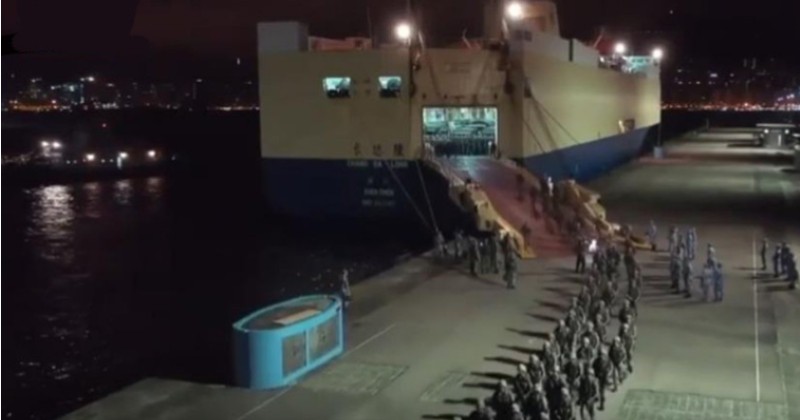 A huge Chinese cargo ship has unloaded troops and vehicles into Hong Kong amidst rumors of a military crackdown on protesters.

Authorities claim that the ship is part of the routine annual rotation of PLA troops and equipment PLA Hong Kong Garrison. However, while road convoys are a regular sight, “the presence of a conscripted civilian cargo vessel has never been observed before,” according to the report.

The ship previously sailed from Shekou in nearby Shenzhen prior to its voyage to Hong Kong, prompting speculation as to whether the vessel transported China’s People’s Armed Police (PAP) troops, who have been massing inside the Shenzhen Bay Sports Center, into Hong Kong.

Tens of thousands of PAP troops were moved to the sports stadium last month to conduct drills “dedicated to crushing internal unrest.” 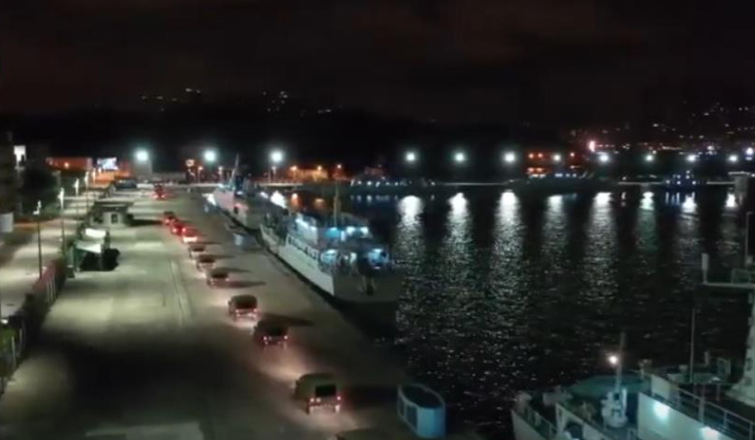 Chang Da Long had also turned off its automatic identification system before arriving in Shekou and the PLA refused to notify the Hong Kong’s Marine Department of the ship’s arrival.

“Should President Xi Jinping decide enough is enough and that the communist party’s military must take over from Hong Kong’s beleaguered police, such a hidden force could be mobilised to strike hard and decisively,” according to the report.

Experts suggest that if Beijing is to impose a brutal crackdown, it will occur before October 1st, which is the 70th anniversary of the founding of Communist China.