New analysis by the Financial Times shows China’s banking system has overtaken the eurozone to become the world’s biggest by assets. The status reflects the country’s increasing global influence and its reliance on growth driven by debt.

According to FT, China’s GDP surpassed the EU’s in 2011 at market exchange rates, but its banking system did not take over the top spot until the end of last year.

That lag was fuelled by an extraordinary increase in bank lending since 2008 when the Chinese government unleashed aggressive monetary and fiscal stimulus to soften the impact of the global crisis.

“The massive size of China’s banking system is less a cause for celebration than a sign of an economy overly dependent on bank-financed investment, beset by inefficient resource allocation, and subject to enormous credit risks,” said Eswar Prasad, an economist at Cornell University and former head of the China division at the IMF.

Statistics show Chinese bank assets hit $33 trillion at the end of 2016, versus $31 trillion for the eurozone. US assets stood at $16 trillion and the Japanese at $7 trillion.

The value of China’s banking system is more than 3.1 times the size of the country’s annual economic output, compared with 2.8 times for the eurozone and its banks, the FT analyzed.

“There’s a lot of hidden sovereign credit within the corporate loans on bank balance sheets, which can distort the picture when you do a cross-country comparison,” said Hou Wei, China banks analyst at Sanford C Bernstein in Hong Kong. “In most other markets, governments just borrow directly from capital markets. In China, it’s a unique situation,” he added.

While the world’s three largest banks are Chinese, experts say the true scale of Chinese banks is understated. Shadow banking has exploded in the country over the past seven years.

The authorities have announced a crackdown on underground banking, boosting efforts to curb capital outflow and fight corruption. Recently they signaled an intention to shift policy focus away from stimulus towards risk control.

“The Chinese government’s ambivalent approach to financial markets — seeing them as a useful resource allocation mechanism but unwilling to let them operate freely, with the ostensible aim of maintaining stability and control — has often added to market volatility and made them less efficient,” said Prasad. 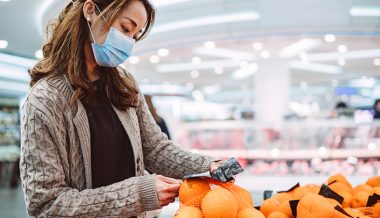