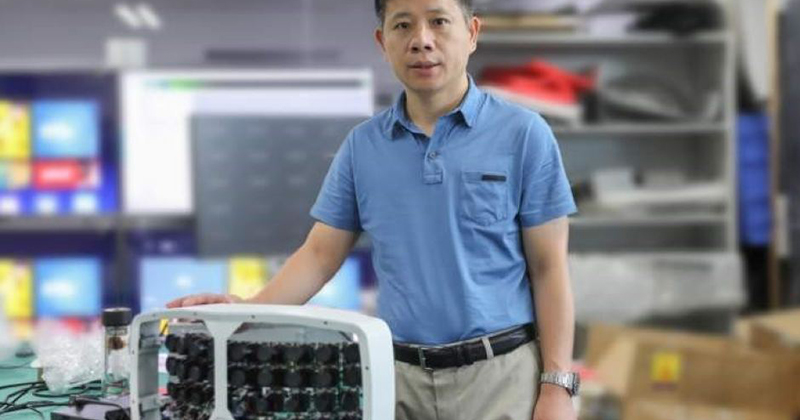 A new camera with a resolution five times more detailed than the human eye, able to monitor thousands of people in real time and identify individual faces has been unveiled by Chinese scientists, prompting renewed fears about mass surveillance.

The camera system, equipped with state of the art facial recognition utilities, was designed by Fudan University and Changchun Institute of Optics, Fine Mechanics and Physics of the Chinese Academy of Sciences.

The designers claim that the system can detect and identify thousands of human faces or other objects in real time and instantly locate specific targets in environments such as crowded stadiums.

Of course, it would work equally as well at protests.

The designers suggested that police could set up the camera system in the center of Shanghai and monitor the movement of crowds, while cross-checking the images with medical and criminal records.

Li Daguang, a professor at the National Defense University of the People’s Liberation Army in Beijing told the Global Times that the system could “very easily be applied to national defense, military and public security.”

Technology like this in the hands of Communist Chinese authorities, who already operate a citizen social credit system, does not bode well for privacy rights and freedom.

Alex Jones breaks down how Big Tech is trying to bring Chinese mass surveillance to the United States!

“The Party-state has massive databases of people’s images and the capability to connect them to their identity, so it isn’t inconceivable that technology like this is possible if not now then in the future,” Samantha Hoffman, an analyst at the Australian Strategic Policy Institute noted.

The social credit system, which rewards ‘good behavior’ with incentives and punishes disobedience by restricting and banning people from buying travel tickets, is currently enforced using a vast network of over 200 million surveillance cameras, as well as other tracking tools.

However, the 500 million pixel ‘super camera’ would take surveillance capabilities to a different level.

Scientists noted that the current crop of cameras are able to monitor thousands of people at once, but each face is in the wide shot can only be represented by a few pixels, meaning “you couldn’t clearly see your targeted person at all”.

The data from the video will be “fed into a pool of data that, combined with AI processing, can generate tools for social control, including tools linked to the Social Credit System” said the ASPI’s Hoffman.

Of course, this kind of thing is all fine because it’s all the way away in China, right?