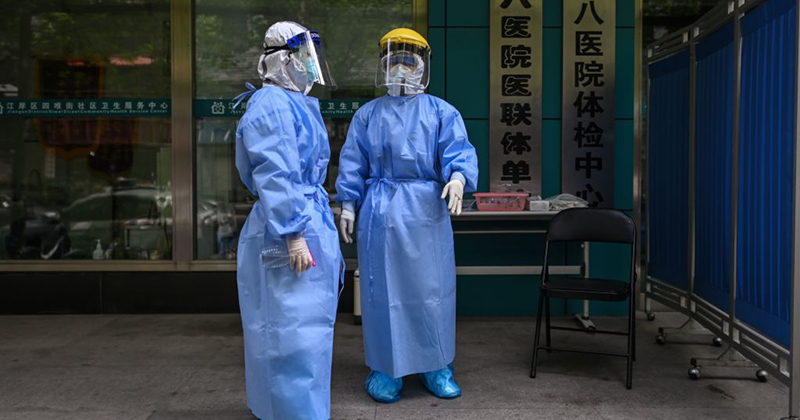 Wuhan, the Chinese city at the epicenter of the global coronavirus outbreak, dramatically lifted the number of cases and deaths late Thursday night after “a city-wide investigation,” state media reported.

Local authorities admitted previous figures had been skewed due to omissions, delays and mistakes.

The Wuhan government said total confirmed infections in the city have been revised to 50,333 as of Thursday, an increase of 325 cases.

The cumulative number of deaths is now 3,869 — 1,290 more than its previous count, confirming the local outlook had been much harder hit than Beijing had previously reported.

Dr. Francis Boyle joins David Knight and Alex Jones to break down the confirmation by the pentagon that the Wuhan facility is a biowarfare weapon factory.

The official Xinhua News Agency quoted an unidentified official with Wuhan’s epidemic and prevention and control headquarters as saying that during the early stages of the outbreak, “due to the insufficiency in admission and treatment capability, a few medical institutions failed to connect with the disease prevention and control system in time, while hospitals were overloaded and medics were overwhelmed with patients”.