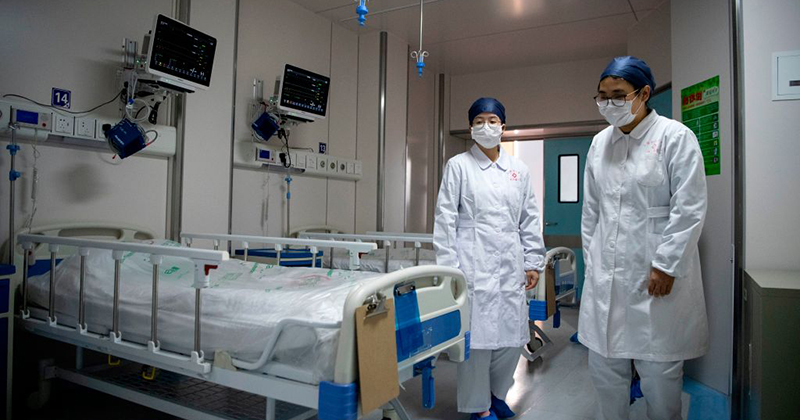 As we’ve been highlighting for weeks, China’s official coronavirus numbers aren’t adding up.

The evidence is overwhelming; overloaded crematoriums in Hubei province, to the official death rate maintaining an improbable 2.1% (within + / – 0.1%) for weeks, to coronavirus deaths counted as pneumonia before they were able to test positive – and finally, all the bodies currently decomposing in apartments (government-sealed or not).

Officially, there are currently 69,289 confirmed cases, and 1,670 fatalities, with 95% of those coming from China.

To that end, Barron’s notes that China’s coronavirus numbers are “too perfect to mean much.”

A statistical analysis of China’s coronavirus casualty data shows a near-perfect prediction model that data analysts say isn’t likely to naturally occur, casting doubt over the reliability of the numbers being reported to the World Health Organization. That’s aside from news on Thursday that health officials in the epicenter of the outbreak reported a surge in new infections after changing how they diagnose the illness. –Barron’s

This week, the Trump administration said that it does “not have high confidence in the information coming out of China,” while CNBC notes that Beijing has been reluctant to accept help from the Centers for Disease Control and Prevention (CDC), and has been suppressing information about the outbreak from scientists that run counter to their prevailing narrative that everything is under control and the virus is peaking.

U.S. officials’ mistrust of China goes as far back as the 1950s, when national authorities set unrealistic production quotas that led local officials to inflate data. Mishaps with the 2003 outbreak of SARS, which sickened 8,098 people and killed about 800 over nine months, and discrepancies in reporting of economic data over the past two decades has only hardened the U.S. government’s belief that China cannot be trusted, experts say. White House advisor Peter Navarro has even called China a “disease incubator.” –CNBC

Meanwhile, the World Health Organization (WHO) – which receives the second-largest financial contribution from China after the United States – has been defending Beijing and praising their response while insisting that travel restrictions are unnecessary and racist (would spread “fear and stigma”).

“This is a very obviously tense political environment because of the economic issues and because of everything else,” said Dr. Mike Ryan, executive director of WHO’s emergencies program while speaking from Geneva. “Please, let our scientists get on. Let our public health professionals get on. Let them work together.”

The facts, Tedros, is that an unknown number of Chinese citizens are sick and dying the largest quarantine in human history, of a virus which can be contracted by asymptotic “super spreaders,” and which has now begun to spread around the world.