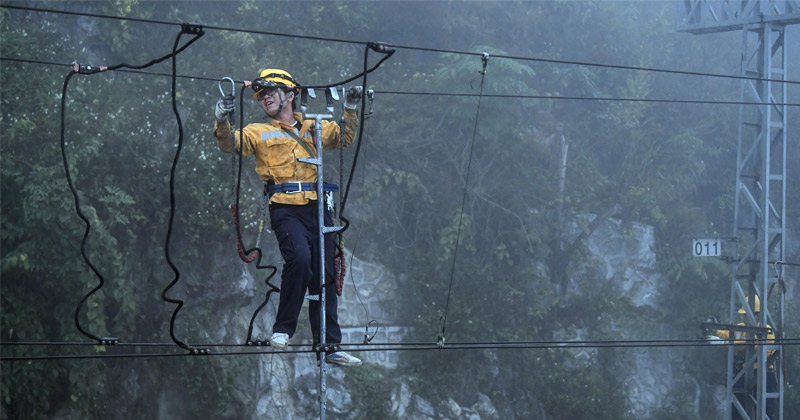 Ahead of tonight’s key China data dump, State Grid, China’s largest utility company, has warned the rate of economic growth in the country could plunge to 4% within the next four years, according to internal forecasts, first seen by the Financial Times.

The state-owned utility has turned bearish on the Chinese economy. It forecasts a rapid slowdown that has already dented energy demand across all 23 provinces and could last until 2024.

Already, ten of the company’s 25 regional operations reported a loss in 2019, according to company insiders, resulting in decreased capital expenditures.

“We used to be more bullish than the market consensus,” the official said. “Now, we are doing the opposite.”

Last month, the People’s Bank of China (PBoC) said the economy is expected to remain in a slump for the next five years, essentially confirming State Grid’s bearish economic outlook.

Liu Shijin, a policy adviser to the PBoC, said the country’s GDP will decelerate through 2025 and could print in a range of 5 to 6%.

Shijin warned that excessive monetary policy is failing to stimulate the economy and could cause it to rapidly decelerate.

China’s economic growth has already crashed to a three-decade low. State Grid’s worst-case scenario is a 4% GDP print by 2024.

“We were upbeat about China’s power demand five years ago because the economy was still robust and 7 or 8 percent GDP growth was the bottom line,” the official said. “No one expected growth to decelerate so sharply.” He warned that 4% growth by 2024 was the utility’s worst-case scenario.

China’s failure to stimulate its economy is illustrated in the chart below. Credit creation isn’t raising electricity demand seen on a Y/Y basis.

CMI 3.0 is based on ten alternative indicators for economic activity; some of those indicators include railway freight, electricity consumption, and the issuance of bank loans.

State Grid’s bearish outlook on the economy is some of the first internal data from a state-owned company confirming our thoughts that China’s massive money printing, as of early 2020, isn’t working and the country is headed for a prolonged slowdown.

And this is more bad news for global stocks at all-time highs expecting a massive rebound in China/global economy.

Stephen Willeford, who shot the perpetrator of the Sutherland Springs church shooting on November 5, 2017, joins The Alex Jones Show to advocate for the Second Amendment.