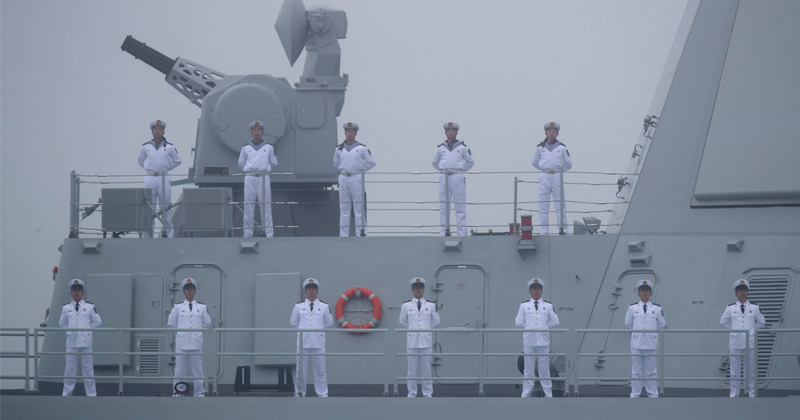 At a moment of increasingly dangerous military flexing both over Taiwan and in the South China Sea, the People’s Liberation Army has reportedly been ordered “not to fire the first shot” in any potential confrontation with the United States.

It suggests this emerging ‘new Cold War’ scenario could turn hot at any moment.

The South China Morning Post broke news of the standing military orders on Tuesday based on unnamed sources: China has told its service personnel “not to fire the first shot” as Beijing looks to de-escalate tensions with the United States in the South China Sea, it reports.

Further SCMP cites that “The sources said Beijing had ordered pilots and naval officers to exercise restraint in the increasingly frequent stand-offs with US planes and warships.”

Word of the military order from Beijing constitutes perhaps the clearest evidence thus far that China envisions a likely future scenario where the two sides ‘easily’ stumble toward war through some kind of unplanned live-fire incident.

This summer the US has kept up a record daily number of flights and operations over and near the contested South China Sea. As we reported previously, a Beijing-based think tank counted over 50 sorties by US military aircraft in the region in the first three weeks of last month.

It could be that Beijing apparently making public it has a military policy of ‘don’t shoot first’ is a good faith gesture aimed at encouraging Washington to find quick agreement on a high level military deconfliction communications channel.

Wei specifically warned Esper of the Pentagon’s “dangerous moves” in the region and further “expressed China’s principled position on the South China Sea, Taiwan, and the US’s ‘stigmatisation’ of China, asking the US to stop its wrong words and deeds, strengthen maritime risk management and control, avoid dangerous actions that may heat up the situation, and maintain regional peace and stability,” state-run Xinhua said.

Alex Jones exposes the Dems’ open attempts to hijack the office of the president if Biden can’t steal the election.