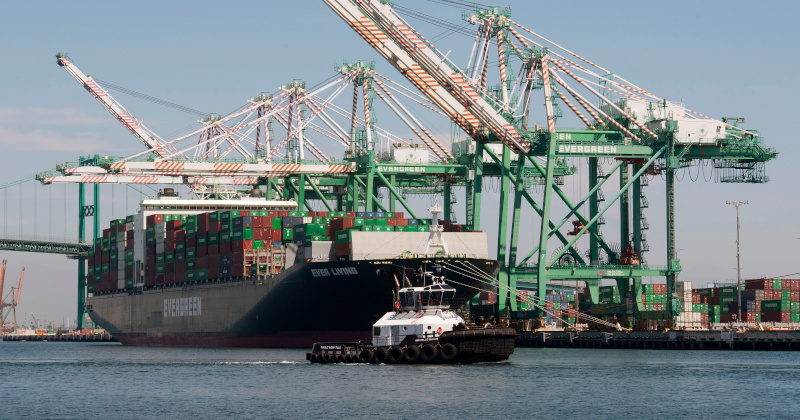 Investors are grossly underestimating the potential economic impact of Covid-19 as the first signs of China’s supply chain meltdown are now washing ashore on US West Coast ports.

The Port of Long Beach, the second-largest containerized port in the US, has had two top officials warn in the last several weeks of chilling effects of supply chain disruptions from China.

Last week, the Deputy Executive Director of Administration and Operations for the Port of Long Beach Noel Hacegaba warned China’s economic paralysis led to the increase of blank sails between China and the US. He said port activity plunged in January and February, with expected weakness to continue through March.

Hacegaba said the slowdown at Long Beach is starting to hit the local economy around the port. He said it could only be a matter of time before it triggers a broader slowdown in the region, and even maybe in the overall US economy.

As we’ve noted in many pieces of creaking global supply chains fast emerging in China and spreading outwards, Deutsche Bank’s senior European economist Clemente Delucia last month pointed out in a report titled “The impact of the coronavirus: A supply-chain analysis” that the US is overly exposed to a crashing China economy.

As for the second Long Beach official, Bloomberg quoted Mario Cordero, executive director of the port, who said cargo volumes are expected to slump 9% YoY in February due to declining shipments from China.

Cordero said February’s YoY loss is nearly double of 2019’s decline of 5.4%, which has already resulted in a 50% reduction in labor at the port. He said the East Asia shipping route accounts for 90% of shipments through the port.

“The port of Long Beach is ground zero for trade,” warns Cordero. “There was uncertainty with the trade war, but the coronavirus has taken it to chaotic.”

Downward pressure from supply chain disruptions in China has now spilled over into the rest of the world. The transmission mechanism to the US is West Coast ports. The port Long Beach handles $200 billion in trade annually and supports 2.6 million trade-related jobs across the country, including almost 600,000 in Southern California.

As for other West Coast ports, reports of a containerized volume declines from China are inevitable. These ports are a critical artery of the US economy’s transportation infrastructure and essential for the flow of imports and exports, representing about 12.5% of US GDP.

A slowdown of containerized volume at Long Beach and other West Coast ports could suggest a broader economic downturn is ahead for the US economy.