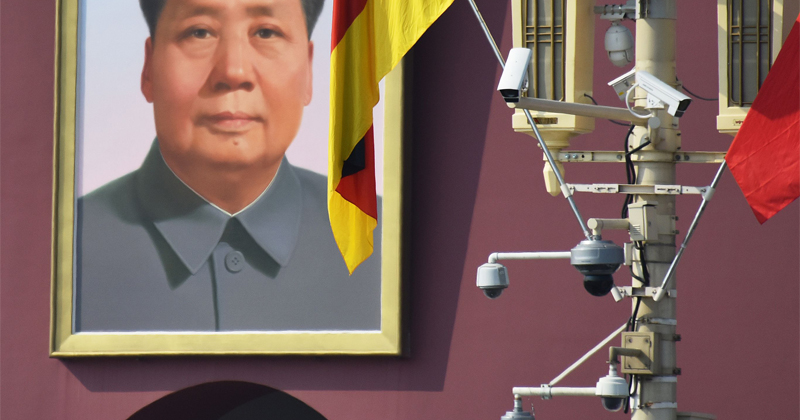 “Build your own platforms,” they said. So Gab did. Now they’re banned too.

If you thought that the social credit system in China, where dissidents can’t travel or buy things, would never come here, you’re wrong. It’s already here and the founder of Gab, a free-speech platform, is one of its first victims.

Andrew Torba wrote an editorial about his experience and the discrimination he is facing for owning a completely legal free speech platform.

As many of you already know we learned last week that Visa blacklisted Gab and we are now unable to process credit and debit card transactions. We learned more information this week and I think it’s important that I share it as a warning for others.

It’s not just Gab that is blacklisted. It’s also my family.

In China there is something called the Social Credit System, which was developed by the Communist Chinese Party as a “national reputation system.” This system tracks the “trustworthiness” of individuals, businesses, and organizations. “Trustworthiness” here means total and complete submission to the Chinese Communist Party. If the Communist Party deems you to be untrustworthy, you are denied access to plane tickets, train tickets, opening and operating businesses, and more.

The article goes on to report that in China, “26.82 million air tickets, as well as 5.96 million high-speed rail tickets, have been denied to people who were deemed ‘untrustworthy (失信).’” Torba’s family is now facing eerily similar consequences for hosting a free speech social media platform.

To most Americans this sounds horrifying, and it is. I now know from first-hand experience because this social credit system exists in the United States. While it may not be sanctioned by the United States government, it most certainly has been deployed by US corporations who today have in many ways more power, data, and control over our lives than our government does. Many of these corporations also happen to be endorsing and raising money for communist organizations, revolutionaries, and the domestic terrorists burning down our cities.

We were told this week that not only is Gab blacklisted by Visa as a business, but my personal name, phone number, address, and more are all also blacklisted by Visa. If I wanted to leave Gab tomorrow (something that isn’t going to happen) and start a lemonade stand I wouldn’t be able to obtain merchant processing for it.

The ban on Gab will affect even Torba’s wife

If my wife wants to start a business she won’t be able to obtain merchant processing because she lives at the same address as me and would be flagged by Visa.

This is obviously very concerning. We have done nothing wrong. Gab is and always has been a legally operated business. We sell hats, shirts, and a software subscription service that unlocks new features on Gab. My personal credit score is in the 800’s. I pay my bills. I have a wife and daughter to provide for, yet we are all being punished and defamed because someone at Visa has it out for me.

Torba says he was told that a Visa employee watches all payment processing on the site and the minute he gets a new payment processor, Visa contacts them and tells them that Gab was flagged for “illegal activity” and warns that if they do not drop the site as a client they will be fined.

When the processor inquires about this alleged “illegal activity,” Visa tells them that Gab has been flagged for “hate speech.” “Hate speech,” is of course not illegal in the United States of America and is protected by the First Amendment. As I have written, it’s not real and I refuse to acknowledge it as term. Visa doesn’t agree with me.

Torba is correct that “hate speech” is not a crime in America. The fact that an American company can pretend it is a crime and use it to keep a person from making a living should be a jailable offense. In Matal v. Tam in 2017 the Supreme Court reaffirmed that there is no such thing as “hate speech” in the United States.

The idea that the government may restrict] speech expressing ideas that offend … strikes at the heart of the First Amendment. Speech that demeans on the basis of race, ethnicity, gender, religion, age, disability, or any other similar ground is hateful; but the proudest boast of our free speech jurisprudence is that we protect the freedom to express “the thought that we hate.”

Corporations have also been told they cannot regulate speech. When AT&T tried to stop “hate messages” from extremist groups in the 1960s they found out they couldn’t. It has always been common knowledge in America that even hateful speech is protected speech. Yet, today, there doesn’t seem to be any regulating force that can tell modern corporations like Visa that they cannot deny service based on arbitrary allegations like “hate speech.”

People like Torba and Laura Loomer (who can’t even order food on Grub Hub because she has been banned on all digital pay-services for her views) are suffering these illegal rules made up by people in corporations who just want to silence anyone on the right. These days it’s particularly dangerous to allow corporations this kind of power when “hate speech” is categorized as using the term “master bedroom” or “master’s degree.” Clearly, “hate speech” has no definition anymore and no one should be unable to use a credit card because of someone’s interpretation of it.