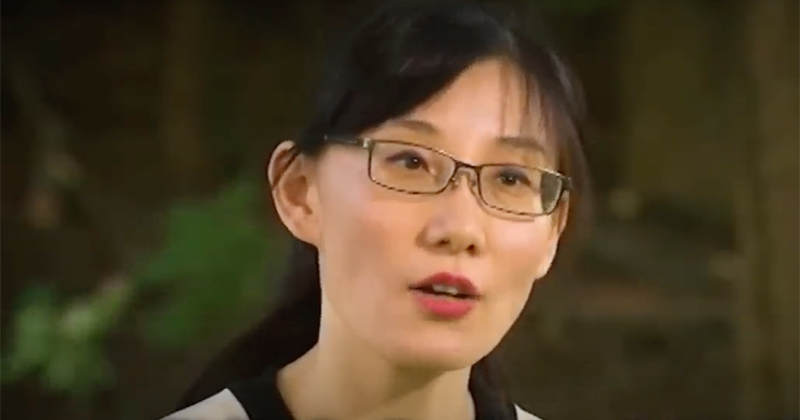 A highly respected Chinese virologist has fled Hong Kong and says that the Chinese government knew about COVID-19 long before they claim they did, and that her supervisors – some of the top experts in the field – ignored research she was conducting at the onset of the pandemic which she says could have saved lives, according to an exclusive interview with Fox News.

Dr. Li-Meng Yan, who specialized in virology and immunology at the Hong Kong School of Public Health, fled Hong Kong on April 28 on a Cathay Pacific flight to the United States, knowing that if she were caught she could be jailed or “disappeared.”

She adds that they likely had an obligation to tell the world, given their status as a World Health Organization reference laboratory specializing in influenza viruses and pandemics, especially as the virus began spreading in the early days of 2020.

Yan, now in hiding, claims the government in the country where she was born is trying to shred her reputationand accuses government goons of choreographing a cyber-attack against her in hopes of keeping her quiet.

Tyranny escalates as COVID threat declines. Draconian fines & jail in Texas & Colorado cities. Treatments will be ignored along with Constitution until Dec 31, 2020

Yan believes her life is in danger. She fears she can never go back to her home and lives with the hard truth that she’ll likely never see her friends or family there again.

Still, she says, the risk is worth it. –Fox News

“The reason I came to the U.S. is because I deliver the message of the truth of COVID,” Yan told Fox from an undisclosed location.

Yan says she was one of the first scientists in the world to study COVID-19 (aside from Wuhan researchers, perhaps) after he supervisor, Dr. Leo Poon, asked her to look into “the odd cluster of SARS-like cases coming out of mainland China at the end of December 2019,” according to the report.

“The China government refused to let overseas experts, including ones in Hong Kong, do research in China,” she said. “So I turned to my friends to get more information.”

Yan’s mainland colleagues – one of whom worked at the Chinese Center for Disease Control and Prevention, allegedly told Yan on December 31 that the virus was transmissible between humans long before the CCP or the WHO reversed course and admitted this was possible. After she told her boss of this, “he just nodded,” she says.

Days after her CCP contacts told her about human-to-human transmission, the WHO put out a statement on January 9 saying: “According to Chinese authorities, the virus in question can cause severe illness in some patients and does not transmit readily between people… There is limited information to determine the overall risk of this reported cluster.”

Yan said that discussion between colleagues in China about the disease took a sharp turn after “doctors and researchers who had been openly discussing the virus suddenly clammed up.” Contacts in Wuhan went completely dark and others warned not to ask them about the virus – telling Yan “We can’t talk about it, but we need to wear masks.”

“There are many, many patients who don’t get treatment on time and diagnosis on time,” said Yan, adding “Hospital doctors are scared, but they cannot talk. CDC staff are scared.”

She said she reported her findings to her supervisor again on Jan. 16 but that’s when he allegedly told her “to keep silent, and be careful.”

“As he warned me before, ‘Don’t touch the red line,'” Yan said referring to the government. “We will get in trouble and we’ll be disappeared.”

She also claims the co-director of a WHO-affiliated lab, Professor Malik Peiris, knew but didn’t do anything about it.

Peiris also did not respond to requests for comment. The WHO website lists Peiris as an “adviser” on the WHO International Health Regulations Emergency Committee for Pneumonia due to the Novel Coronavirus 2019-nCoV.

Yan was frustrated, but not surprised –Fox News

“I already know that would happen because I know the corruption among this kind of international organization like the WHO to China government, and to China Communist Party,” said Yan. “So basically… I accept it but I don’t want this misleading information to spread to the world.”

WHO denies that Professor Malik Peiris directly works for the organization, telling Fox in a statement “Professor Malik Peiris is an infectious disease expert who has been on WHO missions and expert groups – as are many people eminent in their fields,” adding “That does not make him a WHO staff member, nor does he represent WHO.”

Meanwhile, a local Beijing resident says the CCP is covering up new virus cases in a local neighborhood, according to the Epoch Times:

Two people who live in the Liuyi residential compound, located in the city’s Daxing district, were recently found to be infected with the CCP virus, according to a resident named Ms. Li, who is familiar with local virus outbreak information.

The entire compound, which is home to roughly 1,000 residents, was locked down after the new cases were discovered, on July 4; only one small gate remains open for grocery deliveries, she said.

However, the Beijing municipal health commission hasn’t reported any confirmed patients from the Liuyi compound in recent days.

Li shared with The Epoch Times a government list of local businesses and residential complexes that were mandated to conduct systematic disinfection and nucleic acid testing, including a total of 43 locations in Beijing.

However, under the Daxing district category on the list, the Liuyi residential compound was missing, which Li believes is because Beijing authorities purposely sought to conceal the new infections. –Epoch Times

Why would China go to such great lengths to cover up a naturally occurring outbreak of an ultra-virulent coronavirus that they insist wasn’t created in one of their labs?