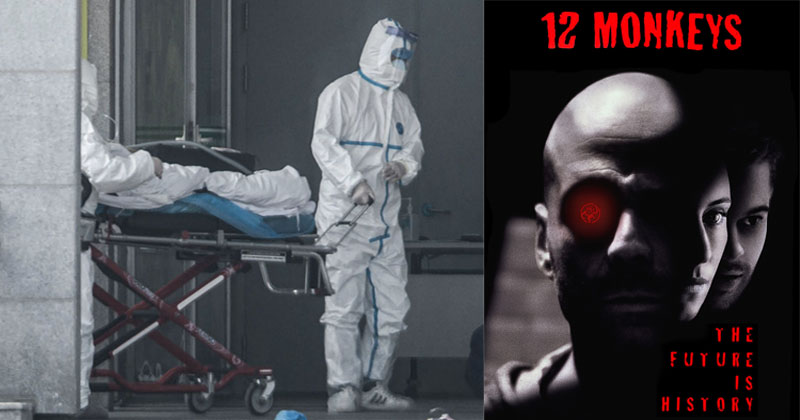 The respiratory virus known as coronavirus that’s killed 17 in China is mutating in a way similar to the deadly virus at the center of the dystopian film 12 Monkeys.

In the 1997 sci-fi thriller, a deadly pathogen known as kalavirus (or M5-10) wipes out 7 billion people in 2016, which mutates several times over the years, killing even more of the initial outbreak’s survivors.

Like the kalavirus, the Chinese-borne coronavirus has mutated several times already, with some experts calling it as deadly as the Spanish flu epidemic which killed 50 million people worldwide in 1918.

The coronavirus, which originated in the Chinese province of Wuhan, has infected 471 people across several countries and killed 17, indicating a kill rate of about 3%. The kalavirus, on the other hand, had a kill rate of 95%.

Chinese National Health Commission Deputy Director Li Bin said the virus is likely a “community-based transmission,” meaning it could or has mutated given its spread to medical workers and individuals in different countries.

Experts have said possibly thousands of people are already infected.

The idea of a super-virus that wipes out mankind has gained traction in pop culture, movies, and entertainment over the last 20 years, such as with the films World War Z, I Am Legend, Book of Eli, 28 Weeks Later, and The Crazies.

Notably, a cultural zombie marketing craze has exploded in tandem over the last decade due to shows like The Walking Dead, where zombie hordes rise up due to an outbreak of a deadly virus.

Mike Adams breaks down the admissions of “stealth viruses” routinely found in vaccines.