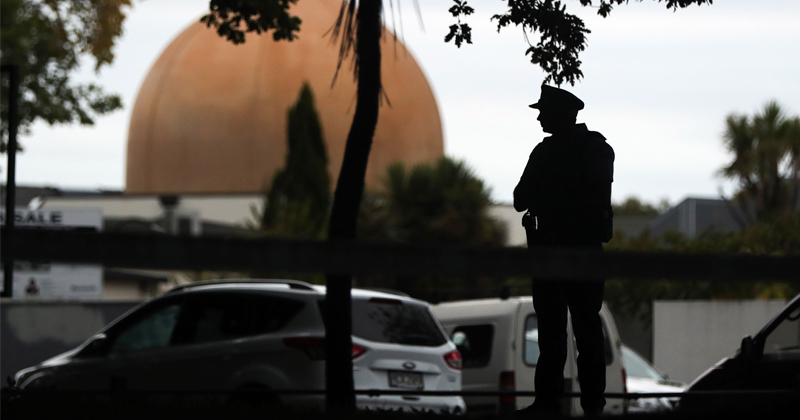 The gunman who killed 51 Muslim worshippers last year in New Zealand’s deadliest shooting attack was sentenced to life imprisonment by a court on Thursday.

He is the first person in the country to get a life sentence without the possibility of parole.

Judge Cameron Mander of the Christchurch High Court said that a finite term would not be sufficient.

“Your crimes … are so wicked that even if you are detained until you die it will not exhaust the requirements of punishment and denunciation,” said Mander as he handed down a sentence unprecedented in New Zealand legal history.

“Your actions were inhuman,” the judge said. “You deliberately killed a 3-year-old infant as he clung to the leg of his father…As far as I can discern, you are empty of any empathy for your victims.”

The sentencing comes after three days of emotionally charged statements from survivors and the families of the victims in court. The shooter was largely emotionless throughout the proceedings, as the victims gave harrowing testimonies of what was New Zealand’s worst terror attack and its impact on their lives.

The 29-year-old Australian white supremacist had admitted to 51 charges of murder, 40 of attempted murder, and one charge of terrorism over the 2019 attack outside two mosques in the city of Christchurch. He live-streamed the act on social media and also uploaded a manifesto shortly before the shootings.

“The offending was motivated by an entrenched racist and xenophobic ideology… in my submission, the offender is clearly New Zealand’s worst murderer,” he said.

Zarifeh said life behind bars was “the only proper sentencing option” for the shooter.

The shooter had sacked his legal team last month intending to represent himself.

He waived his right to speak at the sentencing. Instead, he made a brief statement through a court-appointed lawyer before the sentencing, saying the shooter “does not oppose the application that he should be sentenced to life imprisonment without parole.”

This eased concerns that he may use the platform to talk about his extremist ideology.

Until ‘his last breath’

The families of the victims had called for the harshest possible punishment for the gunman. New Zealand does not have the death penalty, but some angry survivors called for just that.

“He deserves not a life imprisonment term of 17, 25 or 30 years, but life imprisonment until his last gasp, his last breath,” Hamimah Tuyan, whose husband Zekeriya died of his wounds 48 days after the attack, told the court on Wednesday.

Prime Minister Jacinda Ardern welcomed the sentence and acknowledged the strength of the Muslim community at a press conference on Thursday.

“You relived the horrific events of March 15 to chronicle what happened that day and the pain it has left behind,” Ardern said. “Nothing will take the pain away but I hope you felt the arms of New Zealand around you through this whole process, and I hope you continue to feel that through all the days that follow.”

“The trauma of March 15 is not easily healed but today I hope is the last where we have any cause to hear or utter the name of the terrorist behind it,” she said. “His deserves to be a lifetime of complete and utter silence.”