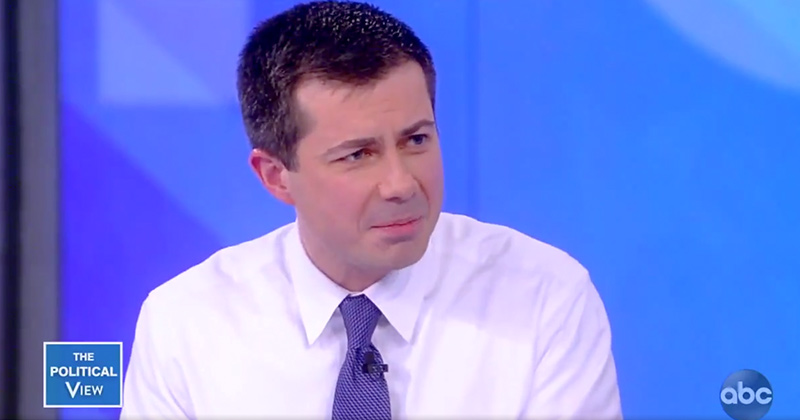 WATCH: Pete Buttigieg refuses to give a stance on partial birth abortion. pic.twitter.com/J6QsbfXntc

McCain asked Mayor Pete to provide more context on an interview he recently did where he said, “A lot of parts of the Bible talk about how life begins with birth.”

She explained how many pro-life Americans interpreted the comment as meaning life begins with “a baby actually being born.”

“I wanted you to clarify because I found that statement to be pretty radical,” she added.

McCain compared Buttigieg’s stance with that of Virginia Governor Ralph Northam, who infamously talked about keeping babies comfortable and deciding what to do with them after they are removed from the mother’s womb during late-term abortions.

The Democrat candidate, who claims to be a Christian, avoided answering McCain’s question and replied, “I’m just pointing to the fact that different people will interpret their own moral lights and, for that matter, interpret Scripture differently.”

Again trying to get an answer out of the former Indiana mayor, McCain told Pete partial-birth abortion is a controversial topic that needs to be addressed and gave him another opportunity to make his stance on the subject publicly known.

“My point is that it shouldn’t be up to a government official to draw the line, it should be up to the woman who is confronted with the choice,” he responded, essentially confirming he doesn’t care how far along in a pregnancy a woman can choose to terminate her baby.

“So if a woman wanted to invoke infanticide after a baby was born you’d be comfortable?” McCain asked.

Buttigieg retorted, “Does anybody seriously think that’s what these cases are about? Think about the situation: If this is a late-term situation, then by definition, it’s one where a woman was expecting to carry the pregnancy to term.”

Realizing the presidential hopeful wasn’t going to give her a straight answer, McCain said, “that answer is just as radical as I thought it was,” and warned him, “This is going to hurt you in the middle of the country with the Republicans you’re trying to win over.”