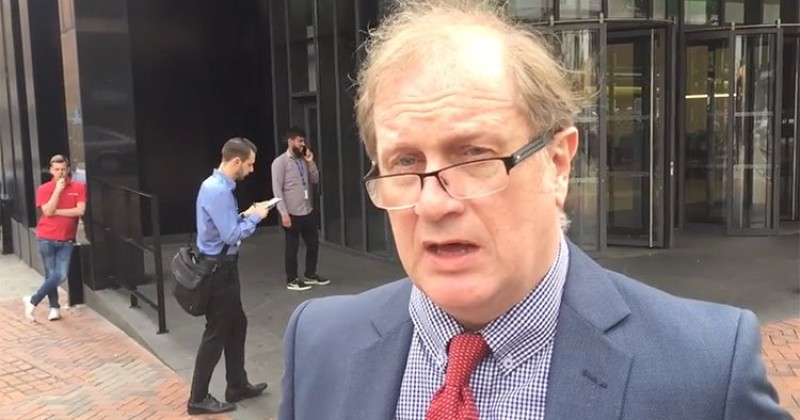 A Christian doctor in the UK was fired from his government job after he refused to refer to a 6 foot bearded man as “Madam”.

56-year-old Dr David Mackereth was working as a disability benefits assessor for the Department of Work and Pensions.

“The father-of-four alleges he was asked in a conversation with a line manager: “If you have a man six foot tall with a beard who says he wants to be addressed as ‘she’ and ‘Mrs’, would you do that?” reports the Telegraph.

His contract was immediately terminated over his refusal to use transgendered pronouns, with Mackereth arguing that transgenderism is a “delusional belief” and an ideology “which I disbelieve and detest”.

Mackereth, who describes himself as an “unashamed” Christian and has 30 years’ medical experience, was previously warned that he was “overwhelmingly likely” to lose his job unless he agreed with describing biological men as women.

He is now suing the government on the grounds that he was discriminated against on the basis of his religious beliefs, arguing that “gender fluidity” is “no more than one’s own fantasy about oneself”.

“The very fact a doctor can be pulled of the shop floor for an urgent interrogation about his beliefs on gender fluidity is both absurd and very sinister, even more so if it results in a dismissal,” said Mackereth.

“If something like that happened in a church setting – people being pulled out of a pew, questioned, and then excommunicated – that would be seen as an outrageous example of religious intolerance and bigotry”.