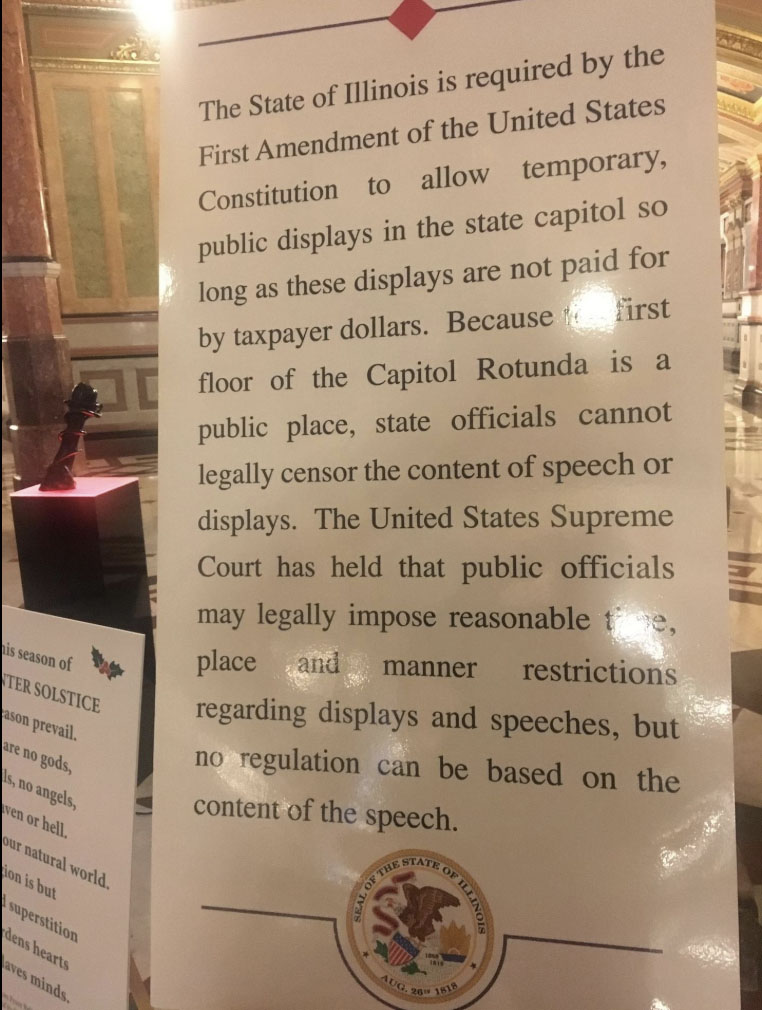 The Illinois Capitol Statehouse has installed a Satanic sculpture in its halls in celebration of the Christmas season.

“The Snaketivity,” gifted by the Satanic Temple of Chicago, features a black cube with a hand holding an apple and a snake coiled around it, and an accompanying inscription that reads, “Knowledge Is The Greatest Gift.”

The sculpture sits under the Capitol’s rotunda along with other traditional religious displays, including a Christmas nativity scene and a menorah for Hanukkah.

“Under the Constitution, the First Amendment, people have a right to express their feelings, their thoughts,” spokesman for the secretary of state Dave Druker said Monday. “This recognizes that.”

“The State of Illinois is required by the First Amendment of the United States Constitution to allow temporary, public displays in the state capitol so long as these displays are not paid for by taxpayer dollars. Because the first floor of the Capitol Rotunda is a public place, state officials cannot legally censor the content of speech or displays. The United States Supreme Court has held that public officials may legally impose reasonable time, place and manner restrictions regarding displays and speeches, but no regulation can be based on the content of the speech.” 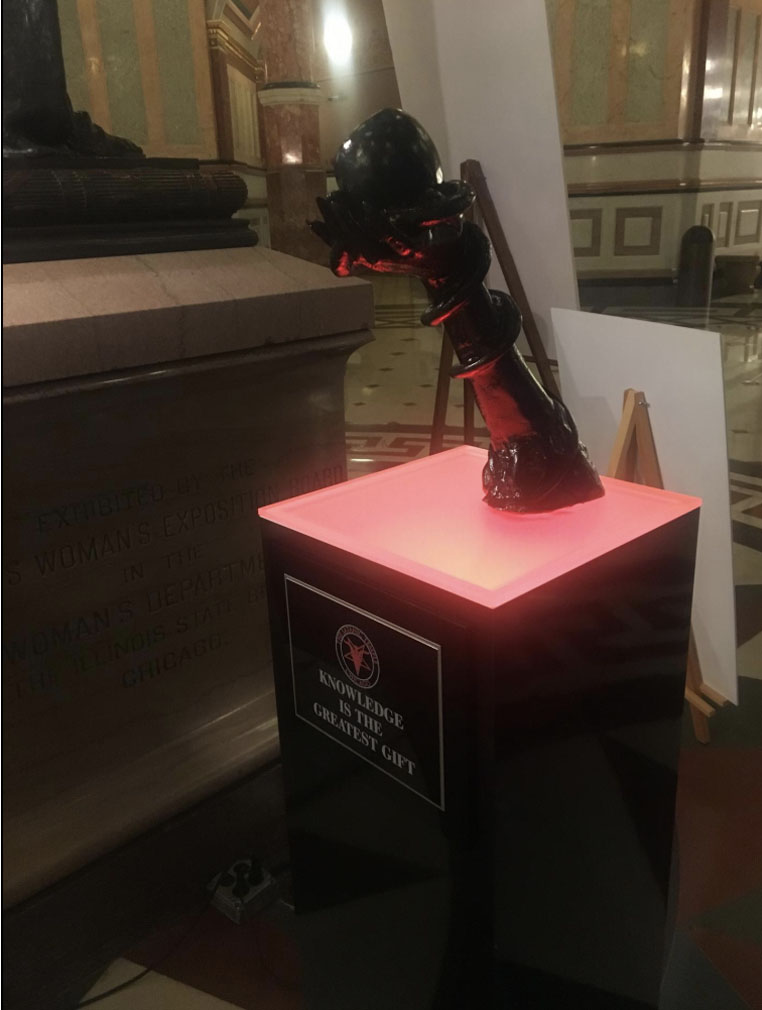 The group created a GoFundMe campaign to raise $1,500 for the display, and explained its mission:

“The Satanic Temple—Chicago will no longer allow one religious perspective to dominate the discourse in the Illinois State Capitol rotunda during the holiday season. … Please consider what you may do to help us bring Satan to Springfield!”

Additionally, the application for the sculpture filed by the Chicago branch of the Satanic Temple says it’s “a non-theistic organization, the mission of which is to encourage benevolence and empathy among all people, reject tyrannical authority, advocate practical common sense and justice, and be directed by the human conscience to undertake noble pursuits guided by the individual will.”