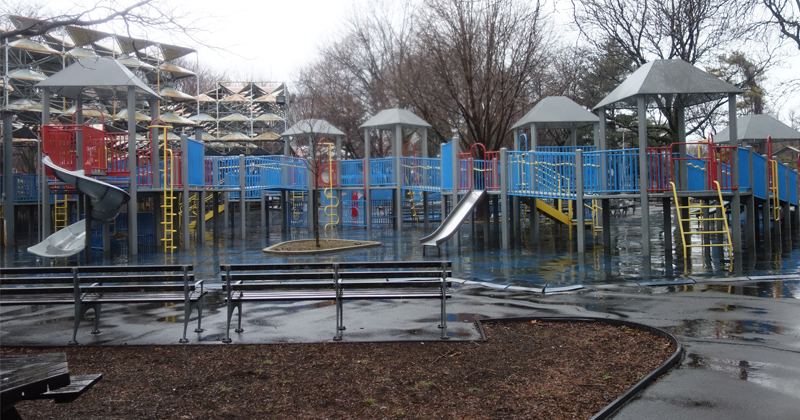 Children in the United States are experiencing a serious and historically unprecedented burden of chronic illness. American children display consistently poorer health outcomes than children in other wealthy nations, notwithstanding substantially higher per capita health care spending on U.S. children.

In a 2004 report, the National Research Council and Institute of Medicine called attention to the rising tide of ill health in American children and its long-term implications, warning that “the nation cannot thrive if it has large numbers of unhealthy adults.” Ten years later, in Lancet Neurology, pediatric experts lamented the pandemic of neurodevelopmental toxicity in children that is “silently eroding intelligence, disrupting behaviors, truncating future achievements and damaging societies.” Despite these and many other admonitions, U.S. agencies and officials have paid no meaningful attention to the crisis.

What’s Wrong With This Picture?

In 2011, a widely cited survey found that over two-fifths (43%) of children had at least one of 20 chronic health conditions, and this proportion rose to over half (54%) when including obesity and developmental and behavioral risks. The health conditions assessed by the researchers ranged from learning disabilities to diabetes to depression. Another national study, published in the Journal of the American Medical Association (JAMA) in 2010, zeroed in on the deterioration in children’s health over time. From 1988 to 2006, there was a doubling of the prevalence of four types of chronic conditions (obesity, asthma, behavior/learning problems and “other” physical conditions), which rose from 12.8% to 26.6% of American children and youth. If researchers replicated those studies now, trends suggest that the numbers would be even higher.

Chronic illness in children accounts for significant health care expenditures, both public and private. An annual survey of outpatient care conducted by the National Center for Health Statistics showed, for example, that at least 17% of children’s visits to a doctor in 2016 were for chronic conditions (either routine or “flare-up” care). Medicaid covered a third of the visits, with the remainder mostly billed to private insurance. Research also points to a rise in the proportion of children with one or more complex chronic conditions—conditions that incur a disproportionate share of health care costs. A Minnesota study reported significantly increased five-year prevalence and incidence rates of multiple complex chronic conditions in children from 1999 to 2014. The 1990s also marked a rise in the proportion of hospitalized children who have complex chronic conditions—such children are at increased risk of lengthy hospital stays as well as mortality compared to children hospitalized for other reasons.

Four diagnoses, sometimes called the “4-A” disorders, are among the most prevalent in their impact on children’s quality of life: autism spectrum disorder (ASD), attention-deficit/hyperactivity disorder (ADHD), asthma and allergies. The ASD and ADHD diagnostic labels both refer to collections of behaviors and symptoms determined largely through subjective measures.

The spike in diagnosed autism has been particularly dramatic, with a rate of increase that has accelerated over time and particularly since the late 1980s. Analysis of reliable long-term data shows that there has been a 1000-fold increase in autism prevalence since the 1930s and a 25-fold increase over the past several decades. Recent work also highlights upward ASD trends among black and Hispanic children and worsening racial/ethnic disparities.

According to national special education data from the 1980s and 1990s, approximately one in 2,850 children born in 1982 had an autism diagnosis by age 10, versus one in 550 for children born less than a decade later (in 1990). In 2000, the Centers for Disease Control and Prevention (CDC) started collecting regional surveillance data, but its latest estimate—one in 59 eight-year-olds—pertains to children born 13 years ago in 2006. More recent federal data for 3- to 17-year-olds identified autism in one in 36 children in 2016, up from one in 45 in 2014—a 23% increase in two years. The 2016 National Survey of Children’s Health produced similar results, revealing parent-reported ASD prevalence of one in 40 children aged 3-17.

Dr. Walter Zahorodny of Rutgers Medical School runs the CDC’s autism and developmental disabilities monitoring program in New Jersey, the nation’s longest-running and most comprehensive surveillance site. New Jersey reported the highest autism prevalence for eight-year-olds born in 2006—one in 34 (3%) and, for boys, one in 22 (4.5%). In May 2018, concurrent with the release of the CDC’s surveillance estimates, Dr. Zahorodny declared autism an “urgent public health concern,” citing “a true increase of approximately 150% to 200% in the period since 2000.” Zahorodny also suggested that New Jersey’s higher autism rate, compared to the national average, might not only represent a more accurate picture of what is going on in the metropolitan U.S. as a whole—due to variations in how thoroughly other states conduct surveillance—but also that New Jersey itself might still be underestimating autism.

Diagnoses of ADHD are on the rise. For both ADHD and autism, evidence from human and animal studies suggests that neuroinflammation likely lays the groundwork. A population-based study published in 2015, which gathered reports from both teachers and parents, suggested that ADHD might affect up to 16% of elementary-school children (roughly one in six)—three times higher than the estimated ADHD prevalence (5%) cited in the DSM-5. According to the CDC, ADHD diagnoses rose by 42% in less than a decade (2003–2011) for children and adolescents ages 4-17, translating into an average annual increase of 5%.

Some researchers view ASD and ADHD as “different manifestations of one overarching disorder,” and the criteria in the Diagnostic and Statistical Manual of Mental Disorders (DSM-5) in fact allow for a joint ADHD-ASD diagnosis. The CDC reports that almost two-thirds (64%) of children and teens diagnosed with ADHD have “at least one other mental, emotional or behavioral disorder,” including ASD as well as behavior or conduct problems, anxiety, depression or Tourette syndrome.

Because of the reliance on subjective criteria for ADHD diagnosis—and due to health care providers’ propensity to propose treatment via stimulants—ADHD is a disputed diagnostic label. Some argue that ADHD is a “polyfactorial disorder” and that “no single factor alone [is] sufficient to account for all the difficulties experienced by the children.”

Asthma is the most common childhood chronic illness. Having attained epidemic proportions, asthma morbidity in the U.S. is at an all-time high. A nationally representative study of kindergarten-age children born in 2001 determined that nearly one in five (18%) had asthma, while 7% had been either hospitalized or taken to an emergency room for asthma-related reasons. The CDC’s somewhat lower estimate suggests that one in ten children have asthma, but the agency’s figures are high for some subgroups, such as non-Hispanic black children (17%). Among children who frequently go to the emergency room, asthma is the most common condition prompting such visits.

Adverse environmental exposures during fetal and early infant life can set the stage for asthma later on. These include in utero exposure to phthalates, antibiotic use in the first year of life, and childhood exposure to parabens and other synthetic preservatives. Researchers posit that the growing prevalence of asthma may be an indicator of “increased population risk for the development of other chronic non-communicable autoimmune diseases.”

Allergies are another of the most common conditions affecting U.S. children, having increased by an estimated 50% from 1997 to 2011. About one in 13 American children (approximately two per classroom) has at least one food allergy, with about 40% reporting multiple food allergies and roughly the same proportion reporting one or more severe food allergies and a history of severe reactions.

Food-allergy-related ambulatory care visits and hospitalizations tripled from 1993 to 2006. In one population-based survey, one in five food-allergic children reported at least one emergency department visit in the preceding year. Data on health care encounters arising from food anaphylaxis are one important surrogate indicator of the rising prevalence of food allergy: For the decade from 2007 to 2016, a nationwide analysis of billions of privately billed health care claims found that claims for diagnosed anaphylactic food reactions rose 377%. Anaphylactic outcomes are worse when other conditions such as asthma or other allergies also are present.

Peanuts appear to be the top anaphylaxis-causing food. A study of children with peanut allergy found that the median age of peanut allergy onset was 12 months, and over a third (35%) of the children experienced anaphylaxis upon their very first peanut exposure. From 40% to 60% of peanut-allergic children also had asthma, atopic dermatitis or other food allergies.

Alex Jones Was Right! Fluoride In Water Is Lowering IQ

A new study on the effects of fluoride on IQ reveals yet again that Infowars is “tomorrow’s news today!”

Many other chronic conditions are beleaguering America’s children, including autoimmune diseases such as diabetes and various forms of juvenile arthritis. The prevalence of type 1 diabetes in youth (age 19 or younger) increased by 21% from 2001 to 2009, according to a study in JAMA, which also reported a 31% increased prevalence of type 2 diabetes in 10- to 19-year-olds over the same time frame. A study of type 1 diabetes incidence (new cases) in both children and adults from 2001 to 2015 found that incidence increased by 1.9% per year in youth (0-19 years) while actually falling by 1.3% in adults; the incidence rate was greatest in the 10- to 14-year age group. The authors concluded that “the increase in incidence rates in youth, but not adults, suggests that the precipitating factors of youth-onset disease may differ from those of adult-onset disease.”

Once uncommon in children, both acute and chronic forms of pediatric pancreatitis(inflammation of the pancreas) have become more common over the past couple of decades, “with an incidence approaching that of adults.” In adults, pancreatitis is most often linked to excess alcohol consumption, but again, researchers note that risk factors in children “appear to be strikingly different.” Acute pancreatitis is associated with a greater than twofold increased riskof diabetes within five years; chronic pancreatitis is also a diabetes risk factor as well as increasing the risk for pancreatic cancer. Considering “disease burden, high economic cost, nutritional deficiencies” and other factors, researchers describe the long-term effects of pancreatic diseases in children as “staggering.”

Overweight and obesity are also significant problems for American children, even at the youngest ages. A study published in the New England Journal of Medicine that followed kindergartners for almost a decade (1998–2007) found that one-fifth (20.8%) were obese by eighth grade—up from 12.4% in kindergarten—and the proportion of overweight children also rose over the nine-year period (from 14.9% to 17%). The study’s results highlighted the long-term risks of early-onset weight gain: children who started kindergarten overweight were four times more likely to become obese by eighth grade as normal-weight kindergartners. As the same research team stated in another study a few years later, “obesity at school entry is not often a passing phenomenon.”

Pervasive environmental toxins are key contributors to the “new morbidities of childhood,” yet “too little has been done to protect children from these ubiquitous but insidious toxins.” If the current disastrous state of affairs continues unchecked, the consequences—for individuals, families, communities and the country as a whole—will reverberate for decades to come.