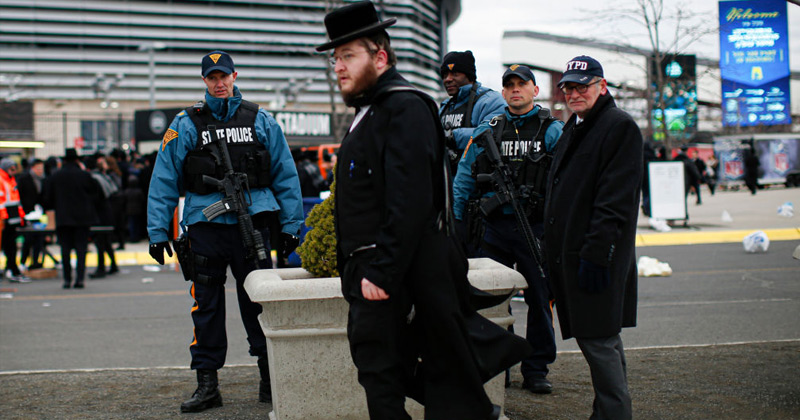 As Infowars documents the death of American freedom one case at a time, the latest news from New Jersey is disheartening to say the least.

Last week, we exposed the state’s crackdown on the Second Amendment, freedom of assembly and religious freedoms.

Now, as NBC News reports, “Fifteen people were charged Wednesday after a funeral in New Jersey where as many as 70 people gathered and refused to disperse, authorities said. A 100-year-old was among those charged.”

When officers tried to disperse the crowd, they allegedly became “unruly and argumentative,” forcing police to call for backup.

In total, fourteen people were charged at the funeral.

The burial service was the third gathering this week police broke up in Lakewood Township, located near the Jersey Shore.

On Tuesday, police charged a 99-year-old man and nine others with violating the state’s order against social gatherings.

The charges were filed after police responded to a call from a tattletale neighbor who reported the gathering, which turned out to be an engagement party.

Because children were in attendance, the homeowners hosting the engagement party were charged with six counts of child endangerment, one for each child in attendance, and with violating the governor’s state of emergency decree.

Another family hosted a bat mitzvah party on Sunday and was charged with one child endangerment count for each of their five children who were present.

The father was also charged with violating a rule or regulation adopted by the governor.

“My office will prosecute any individual who defies or breaks the law, State of Emergency or otherwise. Everyone must respect and follow the law,” Ocean County Prosecutor Bradley Billhimer threatened.

How did we arrive to a point in American history where people are alright with, and even cheer on, police charging citizens for gathering on their own property?

Does private property even exist anymore and is freedom of assembly enshrined in the First Amendment dead?