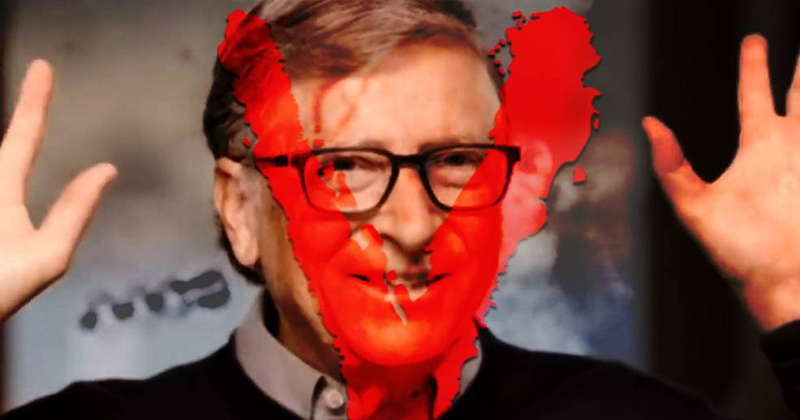 Citizens have launched a monthly #ExposeBillGates International Day of Action on the second Saturday of every month, with the second installment of this movement taking place on August 8.

As Bill Gates funds and pushes for mass Coronavirus vaccines, more and more alarmed citizens are waking up to Gates’ unparalleled control of the medical science industry worldwide and his designs for humanity.

The Conscious Resistance announced: “On June 13, 2020, hundreds of thousands of people from around the world participated in the first ever #ExposeBillGates Day of Action.

The event was a success with #ExposeBillGates trending all day on Twitter, information about Bill Gates’ agenda being translated in several languages, hundreds of protests and outreach events, and mainstream outlets taking notice.

Now, it’s time to do it again…Starting August 8th, join us on every 2nd Saturday as we spread the word about Bill Gates’ agenda.

We encourage everyone interested to organize and host documentary screenings, share articles, pass out flyers, drop banners, and share on social media using the hashtag #ExposeBillGates.

We encourage everyone to share accurate and credible information about Gates’ goals. This is a non-partisan event and activists from all sides of the political spectrum are welcome.

#ExposeBillGates Day is being organized by The Conscious Resistance Network, The Corbett Report, The Last American Vagabond, Activist Post, The Free Thought Project, The Anti Media, We Are Change, and Wake Up News. If you represent an alternative/independent media channel or website and would like to be involved please get in touch. CONTACT: Derrick Broze / [email protected]”

Jon Rappoport guest hosts The Alex Jones Show to bring a warning to parents of underage children how the system will exploit Covid-19 to kidnap your kids.

Vaccine oligarch Bill Gates expressed apathy in a CBS interview about the fact that his Moderna Coronavirus vaccine, which National Institutes of Health (NIH) has a financial stake in, is testing horribly in vaccine trials, with at least 80 percent of trial subjects reportedly suffering side effects. This news comes on the heels of a major protest in Africa against Coronavirus vaccines being tested on black people on the continent.

Military insurer Tricare admitted that it wrongly told more than 600,000 U.S. military members that they had the virus. Hospitals in Florida are showing massive problems with testing accuracy, with Orlando Health admitting that its 98 percent positive rate was actually 9.4 percent. The CDC admitted that it is mixing antibody and viral test results to derive its case numbers and you can test positive on an antibody test if you have antibodies from a family of viruses that cause the common cold. Here is Gates responding to vaccine side effects:

No wonder people in Africa are protesting the vaccine tests.

National Institutes of Health (NIH) own a financial stake in the Bill Gates-funded Moderna Coronavirus vaccine, raising big questions about the supposed impartiality of the federal government’s policy decisions during the Coronavirus outbreak. NIAID director Dr. Anthony Fauci, a financial ally of Bill Gates whose institute partnered on the Moderna vaccine and is part of NIH, has been critical of Hydroxychloroquine and the FBI even raided a health spa serving intravenous vitamin C, which are competitors to a vaccine.

“We do have some particular stake in the intellectual property” for the Moderna vaccine stated Francis Collins, the director of NIH, in a revelatory recent Economic Club panel discussion. “One of the vaccines– the one that’s furthest along– what started, actually, at the federal government in our own Vaccine Research Center at NIH– then worked with a biotechnology company called Moderna to get to where we are now, with very impressive Phase I results and getting ready to go into a large-scale trial as early as July. That one, of course, we do have some particular stake in the intellectual property. Others, though, come from companies who’ve invested their efforts into getting them to the point where they might now be ready for a trial,” Collins stated.

“The U.S. government may jointly own a potential coronavirus vaccine. The National Institutes of Health (NIH) has played a critical role in coronavirus research for years. Building off this work, federal scientists have helped design and test mRNA-1273—a vaccine candidate developed in partnership with Moderna.[2] The federal government has filed multiple patents covering mRNA-1273. In this report, we describe two patent applications that list federal scientists as co-inventors.[3] If the government successfully pursued its patent filings, the resulting patents would likely confer significant rights. We also review recently disclosed contracts between NIH and Moderna. The agreements suggest that NIH has not transferred its rights, but instead maintains a joint stake.”

Eight members of the National Institutes of Health (NIH) expert COVID-19 Treatment Guidelines Panel disclosed recent financial relationships with Gilead, the drugmaker that is introducing an expensive Coronavirus competitor to Hydroxychloroquine, the inexpensive anti-malarial drug that President Trump has promoted which many people claim has helped them. This financial relationship between NIH experts and Gilead is especially concerning in light of revelations that NIH has a financial stake in the Bill Gates-funded Moderna vaccine, another competitor to Hydroxychloroquine. Chloroquine critic Dr. Anthony Fauci’s NIAID, which funded the Bat Coronavirus research at the Wuhan Institute of Virologybelieved to be the source of the outbreak, is part of NIH.

HERE IS THE FINANCIAL DISCLOSURE LIST FOR THE NIH EXPERT CORONAVIRUS TREATMENT PANEL. The experts with disclosed ties to Gilead include consultants, people who provided Gilead research support, and honoraria. Members of the panel also disclosed ties to Merck and INOVIO Pharmaceuticals, which took $9 million from a Gates-backed company to develop a Coronavirus vaccine.

Gilead is driving up their prices from what was previously expected (as the company has done in the past, sparking bipartisan condemnation from Senators Grassley and Wyden). No wonder, then, VA study.

President Donald Trump is now officially vindicated with facts on his support for the anti-malarial drug Hydroxychloroquine.

“What we’re finding clinically with our patients is that it really only works in conjunction with Zinc,” stated Los Angeles emergency room specialist Dr. Anthony Cardillo. “So the hydroxychloroquine opens a zinc channel, zinc goes into the cell, it then blocks the replication of the cellular machinery….Every patient I’ve prescribed it to has been very very ill and within 8 to 12 hours they were basically symptom free.”

Bill Gates Is Already Looking Forward to The ‘Next’ Pandemic

Why did the Bill and Melinda Gates Foundation fund research at MIT on how to implant people’s vaccination history under their skin? Why did Fauci meet with Bill Gates’ father, George Soros, and other globalist heavyweights all the way back in 2001? Why did the Stephen King-created television series The Dead Zone predict the Coronavirus outbreak — and a Chloroquine cure for it — back in 2003?

Why did Dr. Anthony Fauci’s NIAID fund the Coronavirus bat research at the Wuhan Institute of Virology, which President Trump and Secretary of State Pompeo and others have identified as the source of the worldwide outbreak?