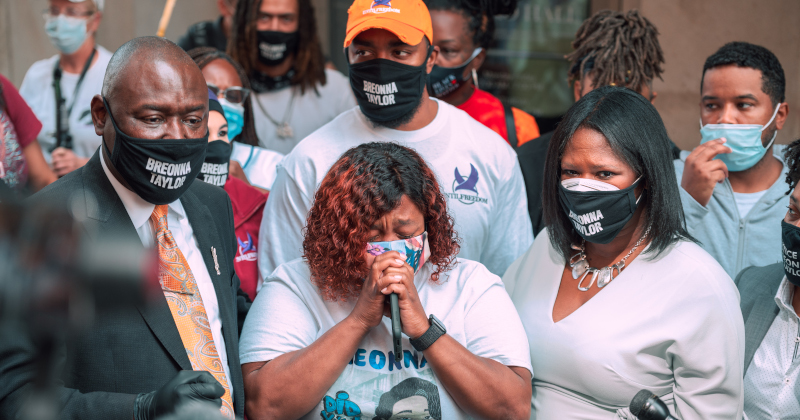 The U.S. city of Louisville, Kentucky, has agreed to pay $12 million to the family of Breonna Taylor, a Black medical technician who was shot to death in her apartment in March during a “no-knock” police raid linked to a bungled drug investigation.

The payment in the civil suit against the mid-South city came as national and Kentucky investigators continue to probe the circumstances surrounding the death of the 26-year-old Taylor and whether three police officers involved in the incident should be criminally charged. One of the three officers who fired the shots that killed Taylor has already been dismissed from the city police department, although he is appealing his ouster.

The Taylor case has drawn national attention in the U.S., part of the country’s reckoning over race relations and police treatment of minorities. Street demonstrations, some of them violent, have erupted from coast to coast since the late May death of a Black man, George Floyd, while in police custody in Minneapolis, Minnesota.

Taylor’s death quickly became part of the national conversation, her name often printed on face masks people wear to fight against transmission of the coronavirus.

As part of the Louisville settlement, city officials agreed to various police reforms in an effort to prevent a repeat of the circumstances that led to Taylor’s death, including more thorough reviews by high-level police commanders of raids before they are carried out.

The city had already passed a law named for Taylor banning use of no-knock warrants, which police often use in drug cases for fear that evidence could be destroyed if they announce their arrival.

Lonita Baker, a lawyer for the Taylor family, said they would continue to press state and federal officials to investigate the case and present evidence to a grand jury in the hope that the officers involved will be criminally charged.

The lawsuit against the city was filed by Taylor’s mother, Tamika Palmer, who alleged that police used erroneous information when they obtained a no-knock warrant to enter Taylor’s apartment.

Taylor and her boyfriend, Kenneth Walker, were roused from bed by police, who said they announced their presence outside the apartment before busting their way into the housing unit. Walker says he never heard police.

Walker, with a licensed gun, has said he fired once at the officers thinking intruders were breaking into the apartment. Investigators say police were returning fire when they shot Taylor several times. No drugs were found at her home.

The warrant leading to Taylor’s death was one of five issued in a drug trafficking investigation of a former boyfriend of Taylor’s, Jamarcus Glover, who was arrested at a different location about 16 kilometers away from Taylor’s apartment on the same evening.

As the Democrat Party’s attempt to steal the 2020 election draws closer and becomes more apparent, Roger Stone believes the time is now for preparatory actions to verify and protect the election outcome.