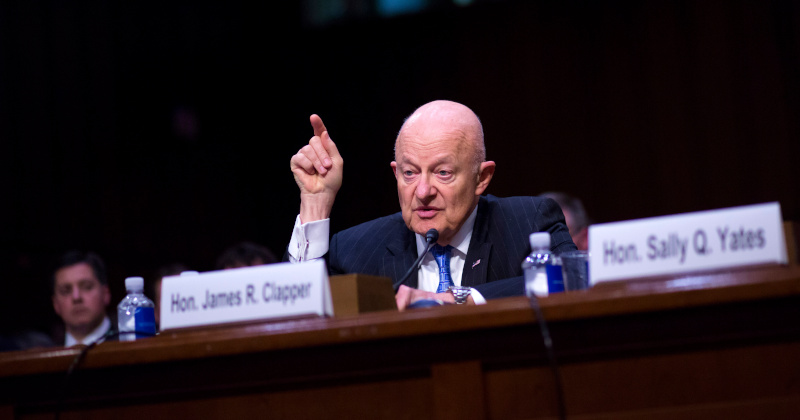 House Intelligence Committee chair Adam Schiff has published all the transcripts of ‘Russiagate’ interviews he had kept secret, blaming President Donald Trump for the delay, but their content belied his conspiracy narrative.

Schiff (D-California) published on Thursday afternoon more than 50 interviews his committee had conducted over the past three years in pursuit of proof that Trump “colluded” with Russia to win the presidency in 2016.

While it will take time to sift through the thousands of pages, some of the juicier quotes have already made their way to the public.

Former director of national intelligence James Clapper, for example, told the committee he “never saw any direct empirical evidence that the Trump campaign or someone in it was plotting/conspiring with the Russians to meddle with the election.”

When asked under oath in 2017 whether he had any direct evidence of collusion between Trump and Russia, Clapper said no. "I never saw any direct empirical evidence that the Trump campaign or someone in it was plotting/conspiring with the Russians to meddle with the election." pic.twitter.com/rW1c7LjxQK

Rice, Rhodes, Lynch, Yates and Power likewise all admitted they hadn’t seen any specific evidence of “collusion” between Trump and Russia.

It was Clapper, along with CIA chief John Brennan and FBI director James Comey, who commissioned the infamous “intelligence community assessment” published right before Trump’s inauguration, asserting that “Russian President Vladimir Putin ordered an influence campaign in 2016 aimed at the US presidential election” with the goal to “undermine public faith in the US democratic process, denigrate Secretary Clinton, and harm her electability and potential presidency.”

Schiff quoted that claim in his release, arguing it still stood to this day. He did not explain why it was necessary to instead try impeaching Trump for alleged improprieties in Ukraine, a process he was in charge of last December.

Earlier on Thursday, the Russiagate narrative suffered a major body blow as the Justice Department moved to dismiss all charges against Trump’s first national security adviser, General Michael Flynn, after evidence emerged that a group of senior FBI officials, in collusion with Comey, set Flynn up in a perjury trap with the goal of getting him fired.

Comey later claimed Trump had asked him to “let Flynn go,” making it a case of obstruction that became a pretext to appoint Robert Mueller as special counsel after Trump fired Comey in May 2017.

In a statement accompanying the publication, Schifff sought to blame the delay in the release of the documents on Trump’s alleged refusal to “allow the intelligence community to make redactions on the basis of classified information, rather than White House political interests” and accused the president of allowing the “damning information and evidence” to surface only now, “during a deadly pandemic.”

However, acting DNI Rick Grenell had sent Schiff a letter on Wednesday saying that all of the transcripts “can be released to the public without any concerns of disclosing classified material,” and adding the ODNI would be happy to release them if Schiff continues to delay.