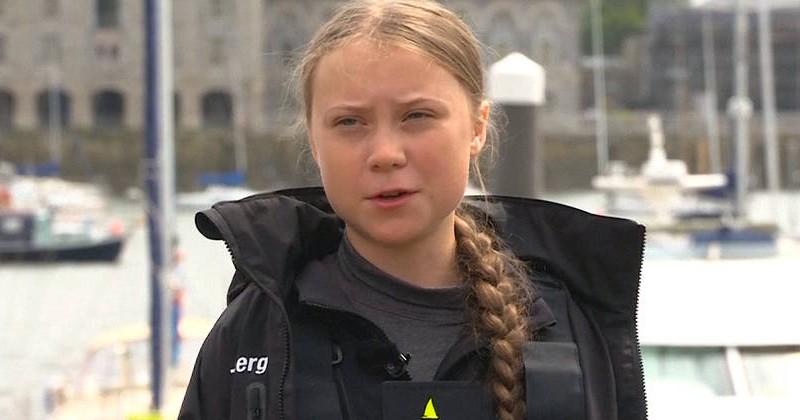 Climate activist Greta Thunberg’s virtue signalling trip on a $4 million dollar yacht to lecture Americans about climate change will be more harmful to the environment than if she had flown via aircraft.

Thunberg and her team set sail on the Malizia II for a voyage that will take 2 weeks to reach New York.

The mode of transport was deliberately chosen so Thunberg could relentlessly virtue signal about the evils of air travel.

But the entire trip is a complete farce.

As the German newspaper Taz points out, the yacht trip means more CO2 will be released into the atmosphere than if just Greta and her father had traveled by air because six members of her team have to fly back to Germany from New York.

“The sailing trip triggers at least six climate-damaging air travel across the Atlantic. If Thunberg had flown with her father, only two would have been necessary to come to New York,” reports Taz.

Indeed, a single flight from New York to Hamburg releases 1,800 kilograms of carbon dioxide, which equates to more than three quarters of what each person is entitled to a year if global warming is to be halted at 2 degrees.

As James Delingpole asks, besides the rank hypocrisy of her attention grabbing yacht trip, how exactly did Thunberg come to be the lecturing face of the environmentalist movement?

“A lecture, furthermore, from a child who hasn’t finished her schooling, whose frontal lobes haven’t formed, who has no sense of humour, whose every utterance is the second-hand opinion of alarmist grown-ups whose doomsday claims she is completely unequipped to assess?” he writes.

As we previously reported, German drivers have begun displaying ‘f*ck you Greta’ bumper stickers to let the 16-year-old and her handlers know exactly how they feel about being told what to do by a child.