It was only a matter of time.

When the Occupy Wall Street movement pitched its tent up in New York in mid September, their singularity of purpose seemed to be tangible enough- including actual real world issues and problems like mega banks ripping off the population, lobbyist running the US government and a severely injured democratic system.

Occupy London LSX is due to kick off this weekend with its sights on the London Stock Exchange (LSX) at Paternoster Square. Similarly its agenda seems sensible thus far- banker bailouts at a time of austerity, a culture of taxation, a time of growing inequality and ridiculous unemployment.

Laura Taylor, a supporter of OccupyLSX, echoed what’s on most people’s minds: “Why are we paying for a crisis the banks caused? More than a million people have lost their jobs and tens of thousands of homes have been repossessed, while small businesses are struggling to survive. Yet bankers continue to make billions in profit and pay themselves enormous bonuses, even after we bailed them out with £850bn.”

So now that this global movement has gained some momentum and substantial recognition, it seems only fair that it makes room for other causes suffering from an attention deficit. If they do, they will need to hurry before the first snow falls on what looks to be the coldest winter in years. Yes, we’re talking here about the global warming and climate change crowd.

‘Climate action’ group 350.org have managed to book a front row seat on the Occupy London bandwagon, thanks in part to having Naomi Klein on their board of directors.

Aside from Michael Moore, few will argue that famed anti-capitalist Naomi Klein is probably the most recognizable name in the anti-globalization, anti-corporate criminal crusades. Her books and films are groundbreaking.

But last week Klein issued an apocalyptic warning in New York stating, “What climate change means is that we have to do this on a deadline. This time our movement cannot get distracted, divided, burned out or swept away by events. This time we have to succeed. And I’m not talking about regulating the banks and increasing taxes on the rich, though that’s important.”

Klein added to her climate gospel, “I am talking about changing the underlying values that govern our society. That is hard to fit into a single media-friendly demand, and it’s also hard to figure out how to do it.”

Indeed, it’s very hard to figure out, especially if you have taken your vows to the IPCC’s official UN religion of global warming.

Unfortunately, 350.org and Naomi Klein’s mission is based on the same pseudo-science that ruined the reputations of both the UN labs at East Anglia University and Penn State. Yet, they really believe that “350 means climate safety.”

In the last four years, scores of once true climate believers have defected over to the common sense camp, once they realized the powerful forces who have been driving the multi trillion dollar carbon economy plan. Once they learned that the whole hoax originated at the Club of Rome – the ultra elitist organization that openly admit how it invented the global warming– as a means to manipulate the world to accept a world government, they would have distanced themselves from Al Gore’s fundamentalist camp.

Only last month, it was Nobel Laureate Prof Ivar Giaever who resigned from the American Physical Society, and who admited in his exiting environmental remarks, ““Global warming has become the new religion.”

350.org add here, “To preserve our planet, scientists tell us we must reduce the amount of CO2 in the atmosphere from its current level of 392 parts per million to below 350 ppm. But 350 is more than a number—it’s a symbol of where we need to head as a planet.”

Klein, like every other respected and knowledgeable professional who innocently dived head-first down the global warming rabbit hole, probably did so with the most sincere intentions. No one can doubt that Klein’s anti-pollution and anti-corporate looting work is exemplary.

But the intellectual obstacle that most climate change true believers struggle to overcome- Klein included, is separating the real issue of pollution (which most reasonable people do not want), from the contrived issue of CO2 heating the atmosphere- which has been proven over, and over to be an invention of a few well-paid, crafty scientists affiliated with the IPCC.

Just like the Titanic, most climate crusaders will not see the iceberg until long after their ship is sinking.

One of the challenges facing the ‘Global Occupy’ movement is a challenge which faces every movement in its infancy. Success is often dependent on the movement’s ability to focus on a core set of issues, and draw up a list of real demands. After that, the movement will want to see some results, and will use their people power as leverage until some of these demands are actually met, or until some of these problems are addressed by government and society. OWS has made some progress in this area, but as the movement is only a few weeks old, it’s clear they have a lot of ground to cover before they arrive at a manifesto.

The key is to identify real problems, which can be solved with real solutions- unlike man-made global warming and climate change, which are now proven to be not-so-real-world problems, and therefore do not have any real solutions.

If global warming/climate change is injected into the global occupy movement, it will be the equivalent of throwing a massive party and then spiking the bunch bowl with some hallucinogenic drug. There goes your focus, there goes your balance… and there goes your chance at reality.

It may be only a matter of days before the high priest of climate change himself, Al Gore, will peacock his way through Liberty Square, fawning for crowds on Wall Street in lower Manhattan, and later in London. 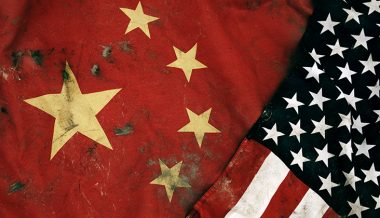