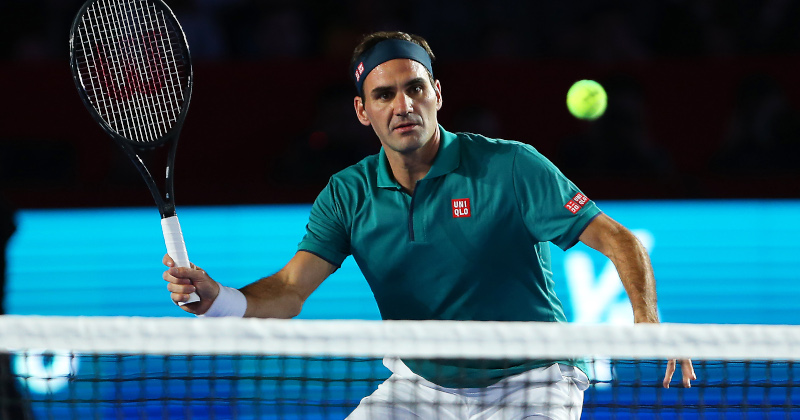 The Swiss tennis player has been under pressure for his association with financial institution Credit Suisse over its record of loans to fossil fuel industries.

Federer is currently preparing for the Australian Open.

The 20-times Grand Slam winner came under fire from the climate activist when she criticized the Swiss bank for its record of loans to fossil fuel industries.

The 38-year-old Federer, who is currently in bushfire-ravaged Australia preparing for the first major of the year, said Sunday he is “happy to be reminded” of his responsibilities, but stopped short of abandoning his sponsorship deal with the bank.

Federer was urged to “wake up” in a retweet by Thunberg last week, which also prompted the hashtag #RogerWakeUpNow to trend on Twitter.

Federer said he had a “great deal of respect and admiration” for the youth climate movement inspired by the Swedish teenager.

“I take the impacts and threat of climate change very seriously, particularly as my family and I arrive in Australia amidst devastation from the bushfires,” he said in a statement issued to news agency Reuters.

“I am grateful to young climate activists for pushing us all to examine our behaviors and act on innovative solutions,” he continued.

“We owe it to them and ourselves to listen. I appreciate reminders of my responsibility as a private individual, as an athlete and as an entrepreneur, and I’m committed to using this privileged position to dialogue on important issues with my sponsors.”

Federer, along with Serena Williams, Rafael Nadal and a number of other players, will take part in a charity event on Wednesday to raise funds to help tackle the devastating fires in Australia that have resulted in the deaths of at least 28 people, destroyed homes and devastated habitats and wildlife.

Credit Suisse says it has pledged to lead the way in helping its clients in the transition to low-​carbon and climate-​resilient business models. It also recently announced that it will no longer invest in new coal-fired power plants.

Meanwhile, 12 Swiss climate activists appeared in court last week after refusing to pay a fine for playing tennis inside branches of Credit Suisse banks in November 2018. The stunt was designed to underscore Federer’s relationship with the institution.

They also had placards that read “Credit Suisse is destroying the planet. Roger, do you support them?”

Attorneys for the campaigners said they were appealing the fine of $22,000 (€20,000) on the basis that they were acting as whistleblowers for the climate crisis.

“It is not enough to just go out on the street or to vote, we must disturb a little bit so people stop acting like nothing is happening,” Paul Castelain, one of the activists, told Reuters outside the court in Lausanne at the time of the trial.

Video footage from the stunt shows students wearing tennis outfits playing matches inside Credit Suisse branches in the Swiss cities of Lausanne and Geneva, in the French-speaking part of the country.