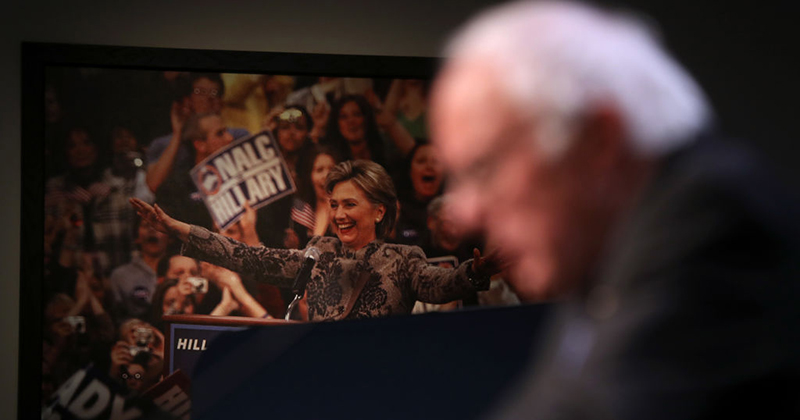 A former advisor to Bill and Hillary Clinton has warned that the Democrats will face the “worst presidential defeat” for decades if Bernie Sanders wins the nomination and goes to head to head with Donald Trump in the election.

Speaking on 970 AM New York City’s “The Cats Roundtable”, Clinton insider Dick Morris warned that Sanders “will get massacred” in 2020 by President Trump, and that it could pave the way for Hillary to enter the race at a late stage.

“Let me be clear: Bernie will get massacred by Trump.” Morris urged, adding “We’re not just talking about a minor defeat here.”

“We’re talking about they lose the House. I think in the Senate, they could lose up to 60 seats. They could have up to 60 seat Republican majority, supermajority.” Morris further proclaimed.

“I think that Bernie will get destroyed. I think the worst presidential defeat since McGovern.” he concluded.

Morris, who has more recently turned to harshly criticising the Clintons, previously said that he would leave the United States if Hillary were elected president.

During the interview, Morris also declared that Hillary Clinton can take the Democratic nomination if there is a brokered convention.

“I think that what is going to happen here is when they get into Super Tuesday next week, you’re going to see Sanders getting about 40% of the vote.” Morris said.

“Then Bloomberg, who has no chance to win now – because he got clobbered in the debate and completely blew it – is staying in the race, is going to continue to spend money. His goal now, I think, is to get roughly 15% of the vote, so Bernie is under 50.” the Clinton insider added.

“They will go to the convention, the other candidates won’t get out. Nobody will be nominated on the first ballot, and they will go to a second ballot… then I think Hillary could enter the race. The superdelegates will all leave whoever they are for and vote for Hillary.” the Clinton insider, said, laying out the scheme.

If Sanders does not win an “outright majority,” Morris said, “I think Hillary will be the nominee because she can win with the superdelegates and ultimately put together the majority.”

It’s a scheme that Infowars reported on weeks ago: