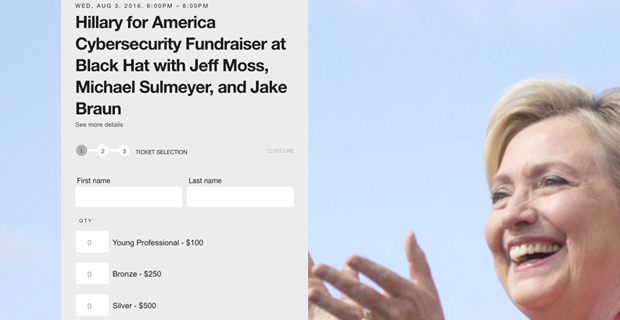 A fundraiser for Democratic presidential nominee Hillary Clinton is set to be held this week at a prestigious hacking conference in Las Vegas.

According to cybersecurity journalist Steve Ragan, the fundraiser will begin Wednesday “during the evening hours of Black Hat in Las Vegas…” 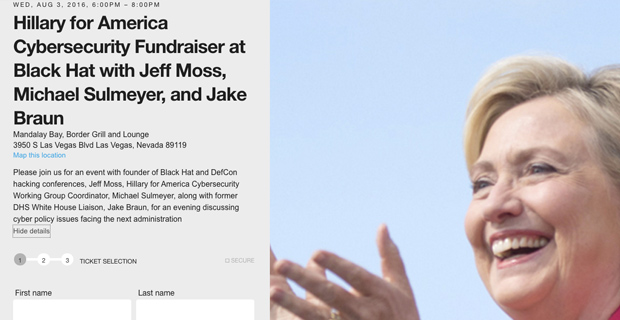 A description of the event, which includes tickets ranging in price from $100 to $2,700, indicates the topic of discussion will surround “policy issues facing the next administration.”

A Black Hat spokesperson speaking to Ragan stated the fundraiser was “vendor (and politically) neutral” and being run “completely independent of the conference.”

“But you wouldn’t know that by reading the fundraiser’s announcement,” Ragan noted. “While Black Hat called the event unofficial, and Clinton herself isn’t going to be there, the idea of a presidential fundraiser at a hacker conference (of any type) just feels strange.”

Ragan adds that “no fundraisers, official or otherwise,” are scheduled for Republican presidential nominee Donald Trump during Black Hat.