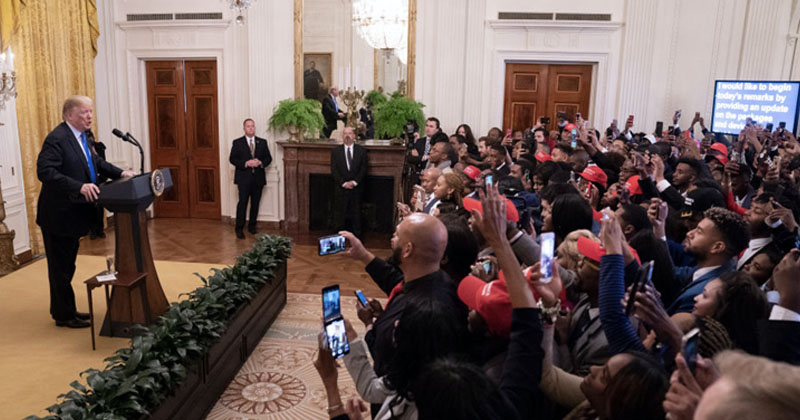 When asked about Trump’s effort to include a citizenship question on the upcoming 2020 U.S. census, Pelosi said he was simply trying to make America “white again.”

“This is about keeping — you know his hat — make America white again,” Pelosi said at a San Francisco event about election security.

“They want to make sure that people, certain people, are counted. It’s really disgraceful. And it’s not what our founders had in mind.”

“What they want to do is put a chilling effect so certain populations will not answer the form,” she added, meaning non-citizens ie illegal aliens.

Unaware of her racist insinuation that only whites could be U.S. citizens, Pelosi said that the Trump administration wants to make sure that only “certain people” are counted.

Those certain people are U.S. citizens, plain and simple.

It’s now abundantly clear this isn’t about race or “social justice” to the left. It’s about consolidating their power by handing over America’s sovereignty to foreigners dependent on the government.

Reuters reporter Alison Frankel revealed the left’s true agenda on Twitter over the weekend, outraged that Trump would keep non-Americans from voting in U.S. elections, exactly as the law requires.

Trump just said in impromptu news conference that he needs citizenship data for Congressional districting. So now we know. This is effort to deny political representation to non citizens.

And Democrats are the ones complaining about foreign meddling in our elections?

Illegal Immigration won the evening in the latest development from the Clown World Dem debates.