CNN’s Jim Acosta can dish out the tough questions, but he can’t handle the simple ones.

Citizen journalist Laura Loomer saw Acosta outside the White House and decided to ask him a seemingly harmless question.

“You guys going to report some more FAKE NEWS CNN today?” she asked him.

Seemingly ignoring the question, but apparently trying to come up with a zinger, Acosta responded, “We’re going to report the truth and see if people can handle it.”

“Do ‘CNN’ and ‘truth’ really go together?” Loomer asked Acosta.

“You bet they do,” he responded before fleeing the line of questioning.

The bystander laughed at Acosta’s response and said, “I don’t want to be on CNN. Everywhere, but not on CNN.”

Acosta’s persona defied his usual antics when the cameras are on him.

Later, inside the Briefing Room, he staged a tantrum when White House Spokeswoman Sarah Sanders ignored him.

“That’s the third briefing you’ve not taken a question from CNN!”

Acosta has relished his sparring with President Trump, who has called CNN “fake news.” 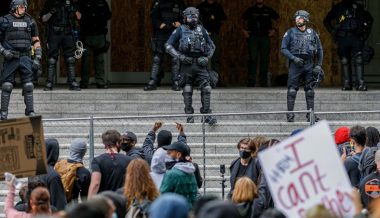