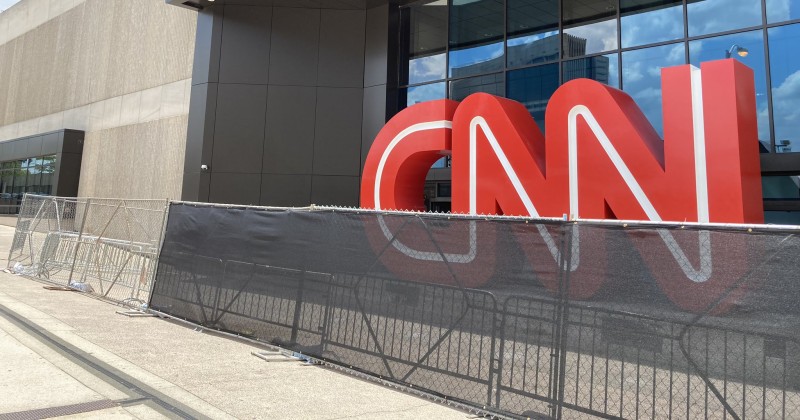 CNN has erected a chain fence around its headquarters in Atlanta to protect against violent protests, leading some to joke that the news network had ‘built a wall’.

“CNN has put up a fence outside its HQ after the building was attacked during the riots in Atlanta a few weeks ago,” tweeted Town Hall journalist Julio Rosas.

CNN has put up a fence outside its HQ after the building was attacked during the riots in Atlanta a few weeks ago. pic.twitter.com/Mdabg9qmiM

The images show a chain link fence around the entrance to the building in front of the large CNN sign.

Observers noted the irony of CNN’s criticism of Donald Trump’s election policy to “build the wall” while the news network was doing something similar.

.@CNN built a “wall!” I guess that ends that debate… I wonder if @realDonaldTrump will get an apology https://t.co/IaMh7aq3H5

“I don’t understand, the protests are all peaceful,” commented Mike Cernovich.

I don’t understand, the protests are all peaceful. https://t.co/R0njlwet5B

The CNN building in Atlanta was damaged during violent Black Lives Matter demonstrations last month before some protesters smashed windows and entered the lobby, leaving journalists fearing for their safety upstairs.

This was also somewhat ironic given that numerous CNN anchors and guests had lauded the protesters for weeks.

The aftermath of that damage can still be seen in the photos above, with some windows still boarded up with plywood.