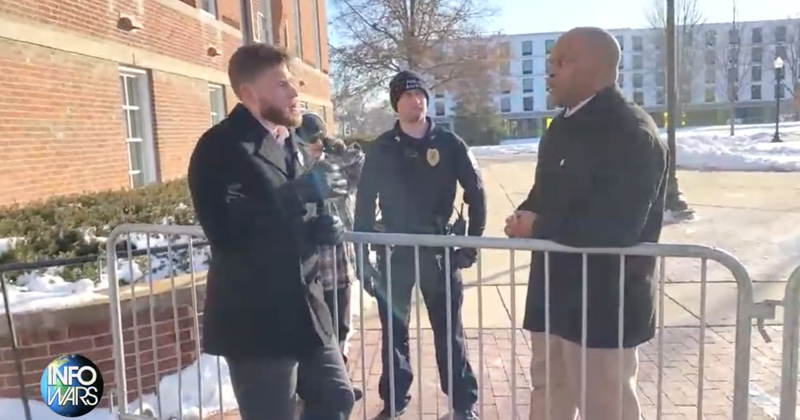 Owen confronted CNN host Anderson Cooper ahead of the Democrat debate. Soon after, the cops were called on him and ordered him to leave the area.

Also: Anderson Cooper, Will You Disavow Violent Terrorism In The Democratic Party? Look Who Came To Iowa!


Cooper ignored Shroyer as the reporter attempted to inquire whether debate moderators would ask candidates a question regarding Project Veritas’ latest undercover exposé, which showed a Bernie Sanders campaign staffer claiming he would like to put Trump supporters in gulags.

Check out the highlights from Shroyer’s trip below:

Owen Shroyer is removed from Drake University after complaints from a CNN crewmember.

Owen Shroyer talks with a Trump supporter who came to Iowa to see the Democrat debate.

Owen Shroyer remotes in to The Alex Jones Show from the “ghost town” Dem debate at Drake University.