A CNN hit piece on Infowars and Alex Jones backfired when they sent partial video clips to Facebook asking why they are allowed on the platform and received a response explaining the truth about the content.

In a video, linked here, CNN accuses Infowars of “casting doubt on the honesty of Parkland shooting survivors.”

“Facebook has previously removed content that accused shooting survivors of being crisis actors. But these two Infowars videos are still active and have over 280k views combined,” they continued. 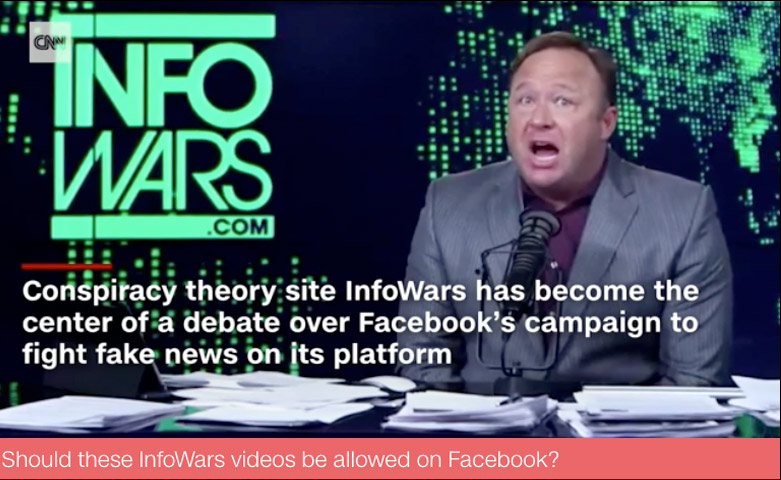 The two videos being referenced can be found in their original forms below.

The keyword here is CRISIS. The majority of the Parkland students who were all over mainstream media pushing gun control following the attack were literal actors and actresses who were in the school’s drama club.

The New Yorker reported in February, “The activists are grieving, too, but it’s not a coincidence that a disproportionate number of the Never Again leaders are dedicated members of the drama club.”

Jones and crew were trolling the mainstream media by saying actors, which is true, knowing they would make the false claim that Infowars called victims “crisis actors,” which never happened.

When CNN sent Facebook the two videos and asked why they are allowed on the site, Facebook actually paid attention to the context and concluded, “…no survivors were alleged to be lying, acting, or pretending to be a victim of the tragic event…”

This isn’t the first time CNN has called for Infowars to be censored. In February the network lobbied to have Infowars’ Youtube channel completely taken down.

Infowars’ Paul Joseph Watson wrote, “By lobbying to have one of its competitors shut down, CNN is engaging in tortious interference, which is when one party damages another’s contractual or business relationships with a third party, causing economic harm.”