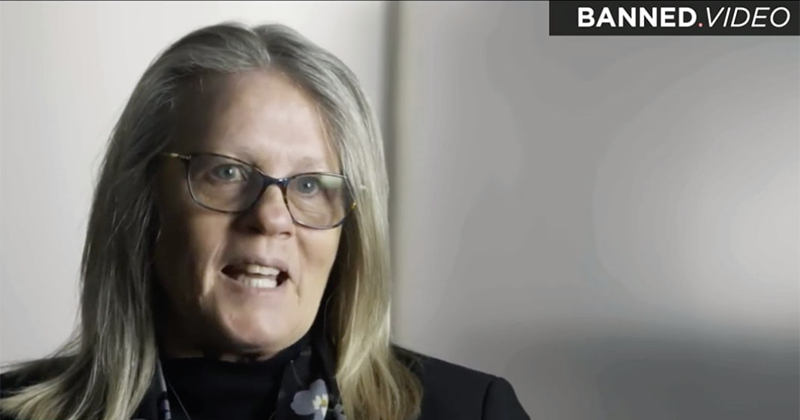 CNN created an online campaign to bombard conservative broadcast company Sinclair over an interview it was scheduled to broadcast with Dr Judy Mikovits, the author and creator of the ‘Plandemic’ film and book, and it worked as Sinclair eventually agreed to pull the interview.

Mikovits, who contends that the Coronavirus outbreak is being inflated and used to push vaccines on people, had already filmed the interview with ‘America This Week’ host Eric Bolling, but the interview did not air this weekend as planned.

Despite the interview also featuring a doctor who refutes Mikovits’ claims, CNN complained that it didn’t push back hard enough.

Leftists on Twitter then made it their mission to get Sinclair to drop the broadcast.

Initially, Sinclair refused to do so declaring that “at no juncture are we aligning with or endorsing the viewpoints of Dr Mikovits.”

But just hours later the broadcaster had completely capitulated to the censorship mob:

After further review, we have decided to delay this episode's airing. We will spend the coming days bringing together other viewpoints and provide additional context. All stations have been notified not to air this and will instead be re-airing last week’s episode in its place.

Sinclair also noted that “we valiantly support Dr Fauci and the work he and his team are doing to further prevent the spread of Covid-19,” referencing the criticism Dr Mikovits has levelled at Fauci.

The decision means that the interview will not have the opportunity to reach Sinclair’s audience, which equates to around 40 percent of American households.

Leftists proclaimed that they had successfully “shamed them into doing the right thing.”

We shamed them into doing the right thing. https://t.co/Hm2WrNxStb

Can we shame them out of business next.

Some were still not happy, however, given that Sinclair said it could air a modified version of the interview in the future:

DELAYING IS NOT SUFFICIENT!!! DESTROY IT! #BoycottSinclairAdvertisers

Delaying isn't enough. You need to actively call out the nonsense these people are spewing, not give them a platform for it. Presenting this opposite actual science legitimizes the nonsense. Delaying or not showing isn't enough; you need to present facts, not "other viewpoints."

Sinclair took a battering from conservatives for the decision:

But do you still require local news anchors to read bullshit propaganda on the air? Yes. Yes you do.

@WeAreSinclair We PROMISE our viewers, however, that we will find something equally incendiary and poorly sourced, that fundamentally promotes violent authoritarianism, and force all of our stations to air it, whether they like it or not. Scumbaggery not being abandoned, folks

Mikovits’ film has been censored by all major online video content platforms, but it can be seen at Banned.video: