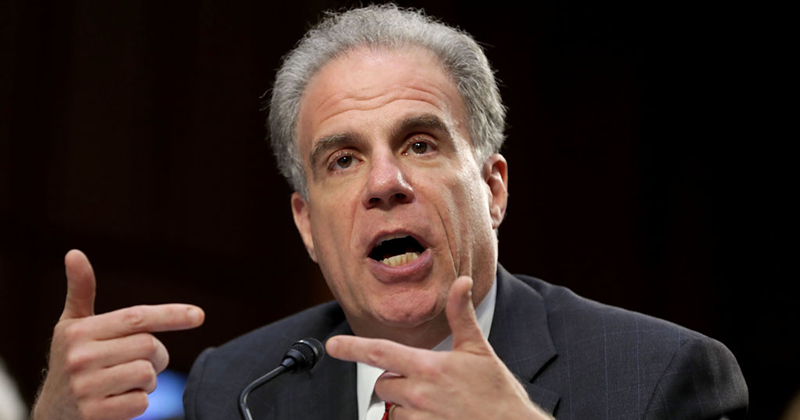 CNN and MSNBC are refusing to cover Inspector General Michael Horowitz’s testimony before the Senate Judiciary Committee detailing the FBI’s abuse of the FISA process to spy on the Trump campaign.

After broadcasting endless coverage of the Russia collusion hoax and the sham impeachment circus, the leftist news networks stopped airing the Horowitz hearing on Wednesday because the information coming out doesn’t align with their anti-Trump narratives.

Conservative figures and media personalities were quick to notice the news blackout.

CNN aired everything Schiff & Nadler had to say. Why aren’t they showing @LindseyGrahamSC? Is it because the facts of how the FBI mistreated @realDonaldTrump contradict their coverage over the last 3 years? https://t.co/AdVYf8RHzV

CNN is not taking the Senate Horowitz hearing live. Unbelievable. A perfect example of how bias works. It’s not just what they cover. It’s what they don’t cover.

Any reason why you won't air the hearing on the bombshell IG Report?

Does it not fit your narrative?#FakeNews

CNN and MSNBC refusing to run Senator Lindsey Graham’s opening statement in the Horowitz hearing. The most blatant form of media bias that I have ever seen. RIP, American journalism.

It’s impossible for CNN to claim they’re *not* a propaganda network after refusing to air the IG report when they aired every second of Nadler, Schiff, and Pelosi pushing for impeachment.

They don’t want their audience to be informed on what’s actually happening.

CNN was an active participant in the hoax. Comey/Clapper used CNN to take the hoax public. CNN's own contributors are being criminally investigated for their actions perpetrating the hoax. Accountability is an existential threat to CNN. https://t.co/wFUQc4tJM4

What?? CNN not playing it straight and revealing a bias? I'm shocked! Shocked! CNN is giving America a wedgie again. #FakeNews https://t.co/V8Cjd0yIsf

CNN ought to replace their logo with the DNC logo and be done with it. https://t.co/5BtzZE3UFy

I guess we know why CNN isn't covering this. https://t.co/xVznA0cKTk

“If the IG report proved that the FBI acted perfectly within its boundaries, as the mainstream media claim, then what’s the harm in airing this footage?” asked The Federalist‘s Chrissy Clark. “The truth is, the IG report revealed abuse of power at the highest levels of the FBI and the U.S. intelligence community.”

Owen Shroyer’s arrest for confronting Jerry Nadler during the treasonous impeachment hearings against Trump has inspired Americans everywhere to stand up to the criminal politicians infesting the government.