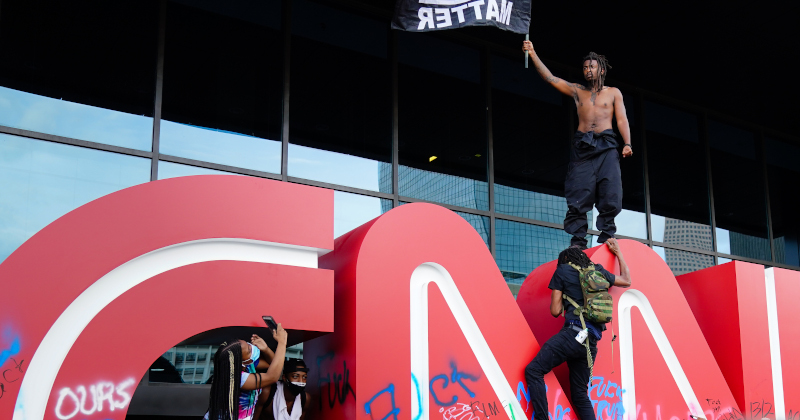 CNN has named and shamed a list of brands that haven’t joined a movement to boycott Facebook for all manner of alleged social justice offenses, drawing criticism online for its “bizarre” activism campaign.

‘Companies do nothing’ is not a news story, yet that’s exactly what CNN reported on Wednesday. After a slew of major brands – including Unilever, Adidas, Ford, Volkswagen, Microsoft, and Levi Strauss – temporarily pulled their advertising from Facebook, CNN called out a list of firms that have yet to fall in line with their counterparts, implicitly calling on them to do so.

According to the report, only three of the largest spenders on Facebook ads last year have joined the protest. The list of those who haven’t includes Walmart, Home Depot, Uber, Netflix and American Express, and CNN shook down their spokespeople for comment. Some ignored the call; others, like Home Depot, said they were watching the boycott movement “closely.”

In calling these firms out, CNN is doing the work of the Stop Hate For Profit campaign. Organized by the Anti-Defamation League, NAACP, Southern Poverty Law Center and others, the campaign wants businesses to “hit pause on hate” and pull their advertising from Facebook for the month of July.

Facebook’s alleged offenses are laid out on the campaign’s website, and include charges as innocuous as its listing of right-wing news site Breitbart as a “trusted news source,” right up to accusations of “blatant voter suppression” and “promoting hate, bigotry, racism, antisemitism and violence.”

In response, the campaign wants Facebook to submit to “identity-based hate” audits, root out and remove everything from “Holocaust denialism” to “climate denialism,” use AI to spot hateful discussion in private groups, and remove “misinformation relating to voting.”

Pundits and commentators on Twitter slaughtered CNN for its apparent PR work for the campaign.

These are the big brands that haven't pulled ads from Facebook yet https://t.co/Nh9BQwX0nO

CNN’s activist push on behalf of the boycott campaign is that much more baffling given that Facebook actually bent the knee last week and agreed to censor “hate or anything that incites violence or suppresses voting.”

While Facebook has not clamped down on ‘hateful conduct’ with the gusto of Twitter, YouTube or Reddit – which wiped out 2,000 offending communities on Monday, it can hardly be called a bastion of extremism, or even of free speech.

Facebook booted right-wing polemicist Alex Jones from its platform last year – at the urging of CNN, no less – along with notorious anti-Semitic Nation of Islam preacher Louis Farrakhan. That move came less than a year after it purged more than 800 left- and right-wing accounts in the run-up to 2018’s midterm elections. The company has also banned all mentions of “white nationalism” and “white separatism” from its platform, after partnering up with “experts on civility and race relations.”

This wasn’t enough for some progressives though, among them House Speaker Nancy Pelosi and New York Congresswoman Alexandria Ocasio-Cortez. Both Democrats called on Facebook last month to start fact-checking the president’s posts, as Twitter has begun to do.

CNN itself didn’t spend a single dollar on Facebook advertisements in the last week of June. However, the news outlet has spent nearly $400,000 on Facebook ads since May 2018. Presumably, the network will now cease its own ad campaign entirely. CNN’s parent company, WarnerMedia, has also not joined the boycott, and made no public comment on any future plans to do so.