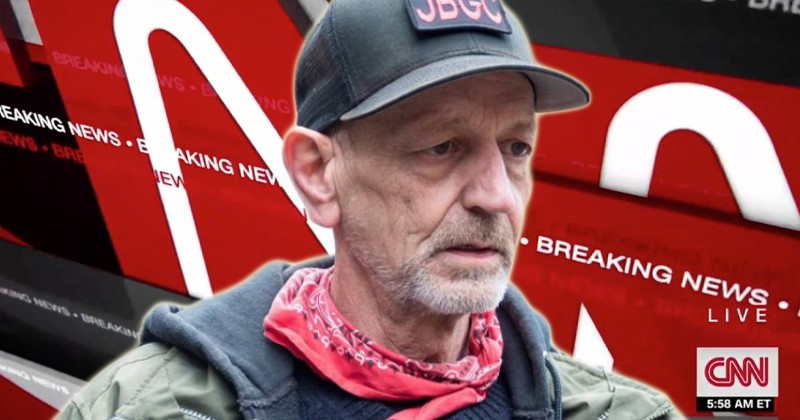 CNN has refused to comment on the fact that the terrorist who tried to massacre ICE agents on Saturday was a member of a group that received positive coverage on one of their broadcasts.

Van Spronsen was subsequently celebrated by some on the far-left and a copy of his manifesto emerged in which he stated, “I am Antifa” and said the attack was a protest against the establishment of “concentration camps” in the United States.

It swiftly emerged that Van Spronsen had featured on a May 5 episode of CNN’s “United Shades of America” with W. Kamau Bell.

The episode featured the Tacoma Redneck Revolt chapter of Antifa, of which Van Spronsen was a member.

The last CNN tweet about Tacoma is their profile of the Antifa group that bombed Tacoma and features the bomber himself pic.twitter.com/8vnZrFPpA2

Bell described the gun-toting leftists featured in the show as the “good guys” because they “seek to battle the “alt-right” and neo-Nazis”.

“Bell noted that the “Redneck Revolt” “protects counter-protesters, feeds the hungry and provides gun safety courses. Bell also organized an on-camera meeting between the “Redneck Revolt” and Black Lives Matter — Van Spronsen appears to be one of the attendees. The CNN host laughed and nodded his head in agreement throughout the meeting,” reports Fox News.

The Antifa bomber was a member of the @PugetSoundJBGC, a local chapter of armed Antifa group ‘Redneck Revolt’ https://t.co/AyNCJ5bn2H pic.twitter.com/EST8rx7RZr

“CNN has done more to give the psycho domestic terrorists of Antifa credibility than any other outlet,” said Media Research Center vice president Dan Gainor. “Now Antifa has escalated from attacking people in the street to sending a journalist to the hospital with a brain hemorrhage to, finally, a deadly act of domestic terrorism.”

Bell’s Twitter profile also features a rifle and an Antifa flag in its header image.

However, CNN appears anxious to answer questions about why one of their heavily promoted shows gave a positive platform to a group which produced a literal domestic terrorist.

“CNN did not immediately respond to a request for comment and a request to confirm that Van Spronsen was featured on the network,” reports Fox News.