CNN altered the description of a guest mid-interview to “controversial pastor” after the guest refused to criticize Trump; his bio had originally described him as one of the “faith leaders.”

After interviewer Don Lemon had pressed Reverend Bill Owens multiple times if he or other faith leaders had anything to say about Trump’s “attacks on leaders of color” during their Monday White House meeting, the interview – along with Owens’ descriptor chyron – shifted to a grilling of Owens’ past remarks, his Christian faith, and if he could even be taken seriously.

See the change for youself below: 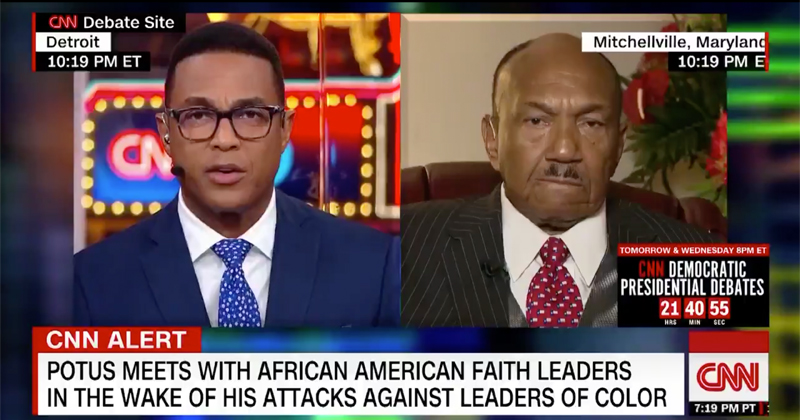 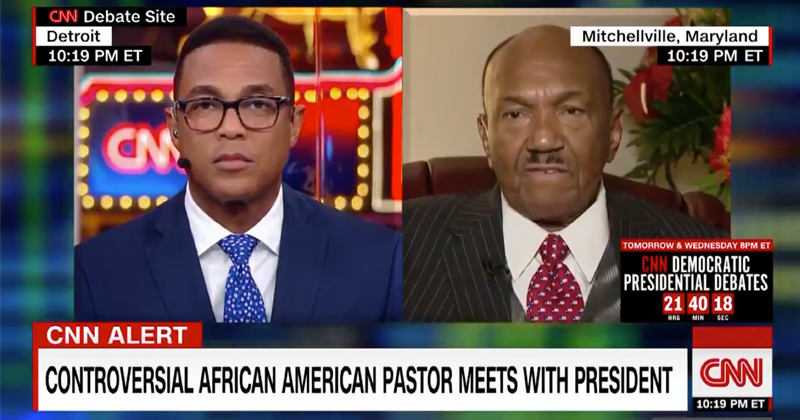 “So I know it’s hard for you, you think it’s hard to believe that Trump is racist,” said Lemon. “But he’s repeatedly used racially charged language. He consistently attacks black and brown elected leaders.”

“So, why is that hard to believe? Pastor?”

Owens responded by saying Trump is a leader of all colors who doesn’t racially discriminate who he attacks.

“I find President Trump a leader of all colors,” said Owens. “He attacks who he will. He’s his own man. I can’t dictate what he should or shouldn’t do.”

“But he does not just attack black people. He attacks anybody. And you know it.”

Lemon then used that response to attack Owens’ faith.

“So as a man of faith, as a Christian he attacks anyone,” said Lemon “It sounds like you’re condoning attacks? Is that Christianly or Godly?”

Watch the full interview while keeping an eye on the 2:34 mark to note the chyron change and shift in tone:

“President Trump does not attack people because of color. He attacks anybody he feels need it.” – Rev. Bill Owens says Trump’s meeting with African American pastors was not an attempt to insulate himself from his recent attacks on Rep. Cummings and his Baltimore district. pic.twitter.com/Vuyrsz75V9

A recent tweet from Owens explains his opinion on the encounter.

“When we heard from CNN, I weighed the costs and decided that I can’t carry out our ministry unless I’m willing to get out of my comfort zone and bring our message to Left-leaning media and the people who watch it.”