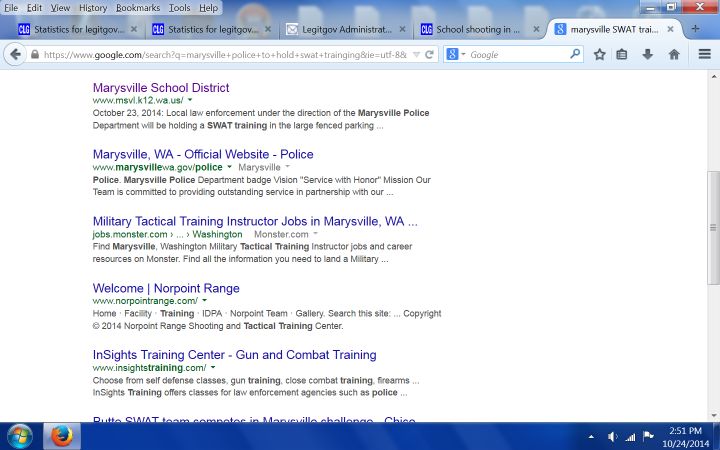 CNN broadcast a strange announcement during yesterday’s coverage of the school shooting in Washington state, setting off theories that the shooting may have been a premeditated event.

Yesterday it was reported that a freshman student at the Marysville-Pilchuck High School entered the campus and shot multiple people, killing one, before turning the gun on himself.

During live coverage of the unfolding story (above), anchor Brooke Baldwin stated:

Researchers ran Google searches and discovered a similar announcement made the previous day by the Marysville School District, which read:

“October 23, 2014: Local law enforcement under the direction of the Marysville Police Department will be holding a SWAT training in the large fenced parking…”

That update can no longer be found via Google, nor on the Marysville School District website, which has been updated to reflect yesterday’s shooting.

The City of Marysville website also does not appear to have an announcement regarding the SWAT drill.

The full announcement, beyond the words “large fenced parking,” reveals much more:

“October 23, 2014: Local law enforcement under the direction of the Marysville Police Department will be holding a SWAT training in the large fenced parking area to the east of the school district Service Center beginning at 5:00PM.” 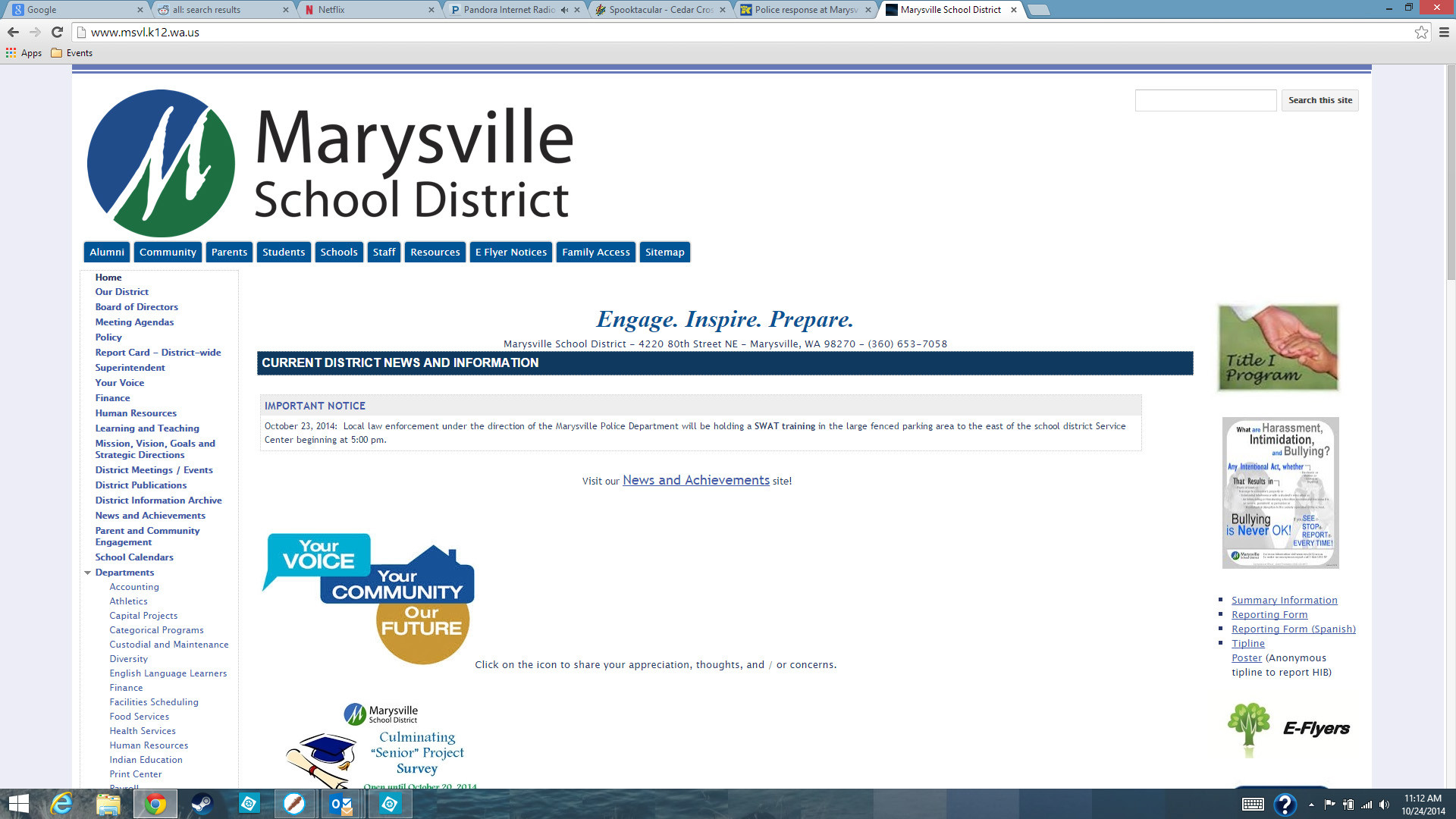 It is important to note that the full announcement, via a Redditor’s imgur post, says that the drill was to be conducted “to the east side of the school district Service Center,” which is not the same as the Marysville-Pilchuck High School, nearly 3 miles away.

Thus, it would seem CNN inadvertently weaved a conspiracy theory through its own incautious misreporting.

Though the drill did not occur at the exact same school – as reported by CNN – the fact that a SWAT training exercise was conducted one day prior involving the exact same police department is still a pretty fascinating “coincidence,” especially given the fact that training drills are notoriously used as cover for real world events.

Following the Boston Marathon bombings, for example, a University of Mobile Cross Country coach also said he heard announcements saying, “Do not worry, this is just a training exercise,” just prior to the bombings.

Others also pointed to a drill that took place on October 23 at the Ferndale High School nearly 70 miles northwest of the Marysville-Pilchuck High School as additional evidence that the school shooting may have been staged.

Theories are swirling as to why authorities may have wanted to stage a shooting, but generally center around the idea that the event was intended to galvanize voters into supporting gun control measures ahead of November elections.

Do you think the Washington school shooting may have been staged? Tell us what you think in the comments.