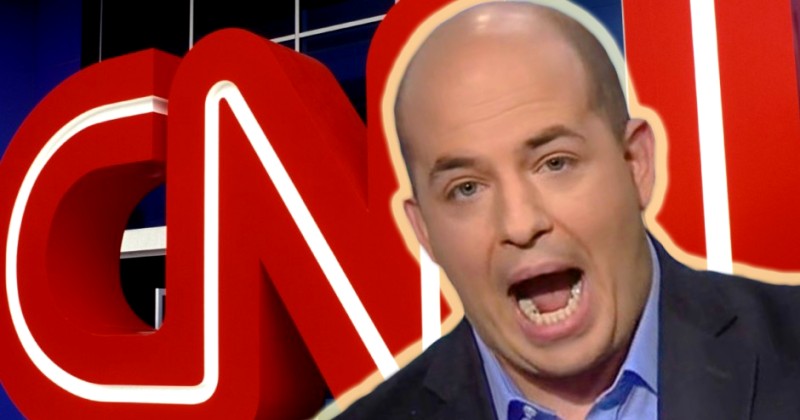 CNN’s resident lunatic Brian Stelter went above and beyond his regular whackery Sunday, wheeling out a ‘cult expert’ on his “Reliable Sources” show, who claimed that President Trump is a “destructive cult” leader, a la Jim Jones, and that he is using “mind control” to direct supporters.

Stelter introduced Steven Hassan, author of a book titled The Cult of Trump, claiming that many prominent figures (read ‘CNN talking heads’) have been suggesting recently that Trump’s America first movement is ‘cultish’.

Hassan claimed that Trump supporters are “not being encouraged to really explore and look at the details and arrive at their own conclusion.”

“So, we can start with the pathological lying, which is characteristic of destructive cult leaders.” Hassan claimed, again without providing any evidence.

“Saying things in a very confident way that have nothing to do with facts or truthfulness. The blaming others and never taking responsibility for his own failures and faults. Shunning and kicking out anyone who raises questions or concerns about his own behavior. His use of fearmongering, immigration is a horrible thing.” the guest continued.

Stelter then chimed in with the stunning insight that “It is frightening to hear a cult expert say that you see all of these signs right now today in American politics.”

The pair then remarkably suggested that Trump supporters need to be ‘deprogrammed’ by breaking them out of their ‘bubbles’.

Could there be a better example of the pot calling the kettle black?

The real cult is happening at CNN, where for four years talking heads and presenters have completely obsessed themselves with opposing anything Trump says or does, as well as a plethora of things he doesn’t say or do.

63 million Americans are definitely not part of a mind controlled cult. However, a few thousand CNN viewers certainly seem to be.