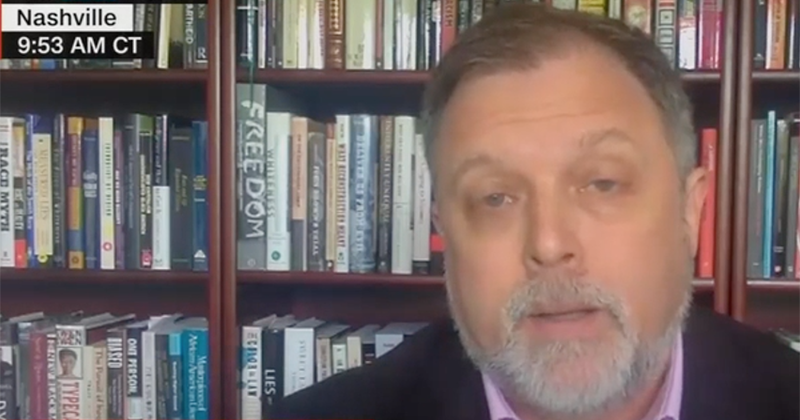 CNN gave airtime to an ‘anti-racist activist’ who suggested that white children should not be allowed to have an ‘innocent’ childhood, but rather be made to feel guilty about their ‘white privilege’ at an early age.

CNN host Poppy Harlow cited a letter sent to her from a school directing white parents how to teach their kids about their ‘white privilege’, and asked Tim Wise “When should parents do this with their kids and how?”

Wise responded that it should be at as young an age as possible, and that white kids need to be repeatedly told they are over privileged in order to sufficiently indoctrinate them.

“I think the important thing for white parents to keep in the front of our mind is that if black children in this country are not allowed innocence and childhood without fear of being killed by police or marginalized in some other way, then our children don’t deserve innocence.” Wise proclaimed.

“If we could keep that in the front of our minds, then perhaps we would be able to hear what black and brown folks are telling us every day and have been for many years.” he added.

In 2019 in the U.S., more whites than blacks were killed by police, despite blacks being significantly more likely to be armed.

The entire premise of this charade is completely fraudulent.pic.twitter.com/kDDDr2MhC8

Wise was also wheeled out Monday by CBS, where he claimed that white Americans have “been taught to have contempt for black life.”

CBS also featured a segment with Ibram X. Kendi, author of a book titled “Antiracist Baby” about how to indoctrinate children from birth on race by instituting ‘diverse baby play dates’ and the like.

So, white guilt sessions in the morning and the drag queen story time in the afternoon then?