CNN host Fareed Zakaria tweeted glowing praise of a disturbing adaptation of Shakespeare’s Julius Caeser, calling it “a masterpiece,” despite a scene portraying a Donald Trump-like character being stabbed to death in the left’s latest promotion of the President’s assassination.

If you're in NYC, go see Julius Caesar, free in Central Park, brilliantly interpreted for Trump era. A masterpiece: https://t.co/RiJJnW3g8V

“If you’re in NYC, go see Julius Caesar, free in Central Park, brilliantly interpreted for Trump era. A masterpiece,” he wrote, including a link to the play’s website.

Zakaria’s tweet is nearly two weeks old, but it slipped under the radar until reports began to surface last week detailing the obscene nature of the performance and its gruesome assassination scene that ends with ‘Trump’ lying on the ground, soaked in ‘blood,’ after being stabbed to death.

Zakaria is now under siege on twitter from users disturbed by his admiration of the performance.

It's only a Masterpiece in the ISIS playbook or with the sick "progressive left and their lemming followers.

Promoting violence against a sitting President is something you & .@CNN may want to rethink. You are treading in dangerous territory#Karma

This is not Zakaria’s first open display of a bad case of Trump Derangement Syndrome (TDS).

In March, he went on a profanity laced tirade against the President – while live on CNN.

In describing the play, Laura Sheaffer, sales manager for Salem Media, told radio host Joe Piscopo, “The actor playing Caesar was dressed in a business suit, with a royal blue tie, hanging a couple inches below the belt line, with reddish-blonde hair — just like Trump.”

“They had the full murder scene onstage, and blood was spewing everywhere out of his body,” she continued. “To be honest I thought it was shocking and distasteful.”

“I mean it was the on-stage murder of the president of the United States.”

Not only does Zakaria endorse a presentation of President Trump’s murder, but so does his employer, Time Warner – parent company to CNN – who sponsor the play, as well as the New York Times, who have issued a statement of support in the midst of a major backlash.

“We have sponsored Shakespeare in the Park for 20 years,” said the Times. “As an institution that believes in free speech for the arts as well as the media, we support the right of the Public Theater to stage the production as they chose.”

This is only the latest incident in a string of disasters at the fake news outlet plagued by TDS, as CNN has been forced to fire ISIS-style beheader, Kathy Griffin, and their resident cannibal, Reza Aslan, in recent weeks.

Griffin was cut loose from her gig hosting CNN’s annual New Year’s Eve special alongside Anderson Cooper after appearing in a photo shoot in which she holds President Trump’s gory head after presumably liberating it from his body.

Aslan lost his job as host of Believer after calling Trump a “piece of sh*t” and an “embarrassment to humankind,” shortly after jihadists sharing Aslan’s Islamic faith massacred innocent victims in London – by stabbing them to death. 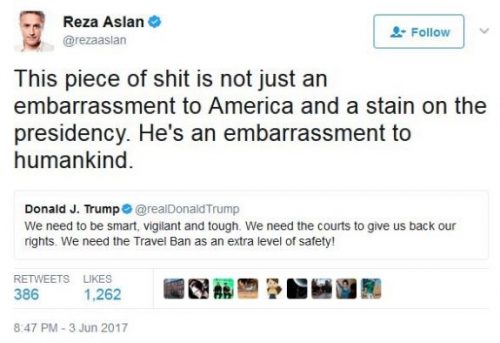 When Aslan attempted to backpedal his original statement, explaining, “that’s not like me,” a 2012 tweet from Aslan surfaced in which he called for the rape of a male congressman. 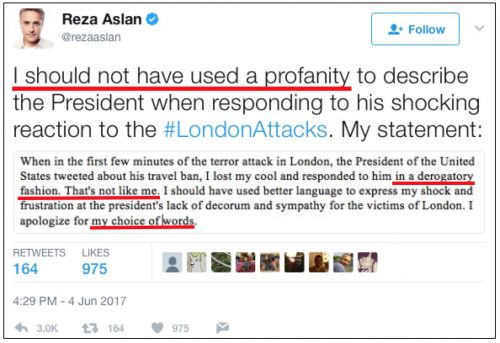 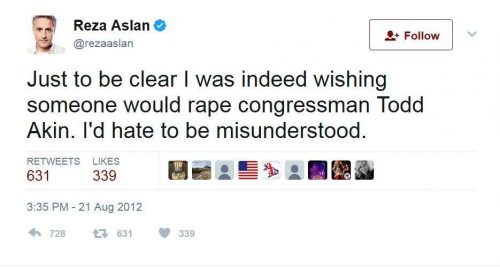 Aslan was terminated shortly after.

Delta and Bank of America have withdrawn their financial support of The Public Theater, the organization hosting the play, and American Express has also distanced themselves from the production.

We are withdrawing our funding pic.twitter.com/MlaONF82FN

Delta ends sponsorship of ‘Shakespeare in the Park’ after staged Trump assassination https://t.co/IM8hfgesWx

A Statement from American Express: pic.twitter.com/Ig0Ju3B2dP 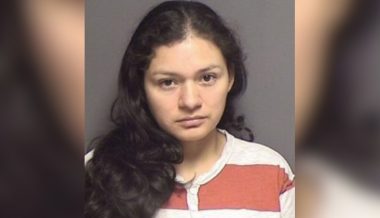