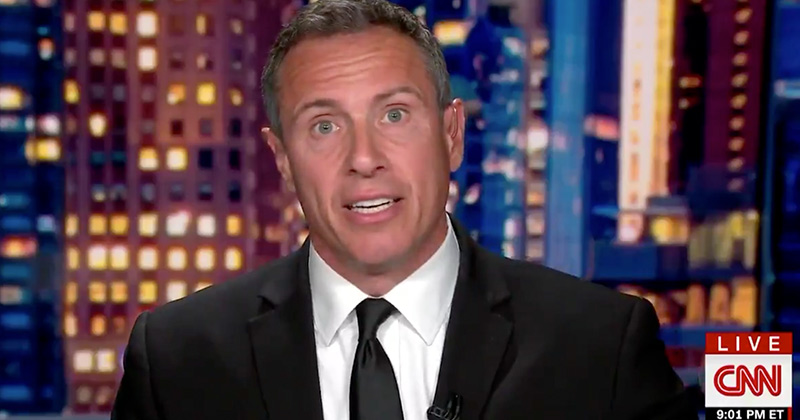 CNN host Chris Cuomo used a synthetic derivative of hydroxychloroquine in his coronavirus treatment protocol despite mocking President Trump and his supporters for touting the drug as a possible COVID-19 preventative.

On Monday, Cuomo tweeted about a large gathering in Florida, joking that the crowd “can just take some chloroquine.”

No worries. They can just take some chloroquine. https://t.co/n2y4ARy6R8

Cuomo mentioned the medication again on his Monday broadcast of Cuomo Prime Time, saying President Trump “knows that Hydroxychloroquine is not supported by science. He knows it has been flagged by people in his own administration.”

Why did Pres. Trump’s reveal he is taking hydroxychloroquine?

As a distraction from his lack of a plan or real solutions, warns @chriscuomo: “Don’t take the bait.” https://t.co/9rkCGlK82G pic.twitter.com/O7TbrcTqFX

As Cuomo joined his fellow mainstream media talking heads in attacking hydroxychloroquine, Cuomo’s own wife accidentally threw him under the bus by revealing he was on a regimen of quinine throughout his time battling COVID-19.

In her blog “The Purist,” Cuomo’s wife Cristina detailed the treatments Chris took while “in quarantine” in his basement.

As it turns out, he used a synthetic derivative of chloroquine in his own corona treatment regimen according to his wife’s blog posts.

In the list of items Cuomo took while fighting off the virus was “potentized quinine,” taken “3x daily.”

“On top of this is homeopathy, which works according to the symptom picture. Potentized quinine (OXO); it’s derived from the nontoxic bark of Peruvian-grown quinine plants,” Cristina writes. “It is a natural antibiotic (it’s being used in India with very good results). This is not on the market here; Dr. Lancaster has made this in her lab for 40 years, and I took this for my Lyme. (The medicine Plaquinol, which many doctors are using for COVID-19 is similar to quinine, but it has negative side effects.)”

Meanwhile, White House Press Secretary Kayleigh McEnany slammed Cuomo for the hypocritical decision to use what she called “a less safe” version of hydroxychloroquine.

“Cuomo mocked the president for this and interestingly… and it turns out that Chris Cuomo took a less safe version of it called quinine which the FDA removed from the market in 2006 because of its serious side-effects, including death.”

.@PressSec Blasts the Media for their coverage of Hydroxychloroquine and calls out @ChrisCuomo for criticizing President Trump for taking it while he took a less safe version of the drug. pic.twitter.com/ugR7LbFO9N

Perhaps the Cuomos secretly tune in to Infowars programs such as The Alex Jones Show because back in March, Jones told viewers about quinine.

The malaria treatment quinine is a central ingredient in tonic water and hydroxychloroquine is simply an advanced synthetic form of quinine.

“They don’t want you to know that folks. By the way, I don’t own any stocks in Seagrams and Canada Dry,” Jones said.