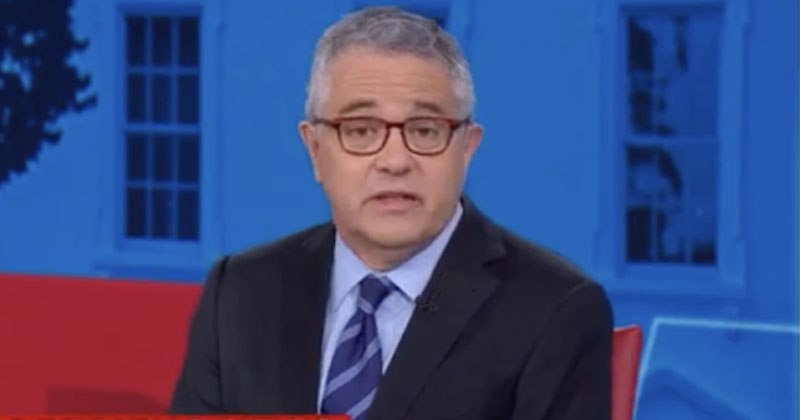 Toobin made his conclusion following the strong opening remarks of the White House legal team before the Senate on Saturday.

“Again, I just think the Republicans are winning here. The president is winning here,” Toobin said. “And as long as they don’t completely fall on their faces, which they’re all competent lawyers, they’re not going to do that, I think that’s fine for them.”

In fact, Trump’s defense team performed so strongly that the only criticism Toobin could muster was that they were comprised of only white men.

“White House and white people,” Toobin said. “This is a lesson in the diversity of the two parties. If you look at the House managers, it was almost evenly divided between men and women, you had two African-Americans, you had a Hispanic.”

Here's that clip of Toobin mocking the Trump legal team as "White House and white people" and "a lesson in the diversity of the two parties" (so ignoring how all lead 2020 Dems are white) He also went the sexism route, wondering if the female lawyers will be "allowed to argue" pic.twitter.com/R5dD2MqFBQ

Look, it was all white men today,” he continued. “There are two white women allegedly on the team, we’ll see if they’re allowed to argue.”

“I think in a visual medium, when you have one side that has a very diverse team and the other side that’s all white men, that says something in and of itself,” he added.

Trump’s campaign trolled Toobin on Twitter, agreeing that the president was winning and adding that he never gets tired of it.

Hey @JeffreyToobin, are you tired of winning yet?