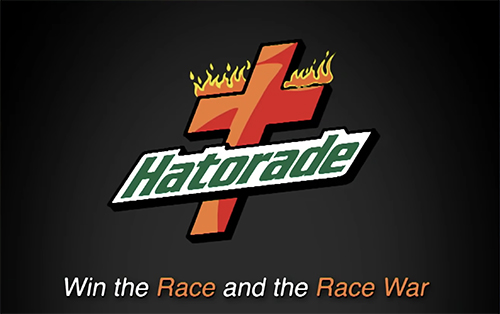 Colbert then held up a Gatorade beverage, which instead read ‘Hatorade,’ featuring a burning cross with the tagline: “Win the Race and the Race War.”

Though Colbert clearly suggests Jones and Infowars peddle racism and “hate speech,” he offers no evidence whatsoever to back up his baseless and defamatory claim.

Additionally, since YouTube deleted our entire archive of video reports, nobody can check the Alex Jones Channel to see for themselves if we had said anything racist – which we didn’t.

It’s straight from the authoritarian playbook: first they demonize you by building a straw man to misrepresent your views, then they silence your platform so you can’t refute their false claims.

Case in point, none of the tech companies who removed our pages from their platforms provided any specific example of our violating their Terms of Service.

Instead, they all employed the vague term “hate speech” as the basis for our removal.