NASA has revealed its plans to create the coldest spot in the known universe on board the International Space Station in 2016. The researchers are preparing to study matter at temperatures near absolute zero, revealing the world of quantum mechanics.

The US space agency has announced that its researchers are currently working on the Cold Atom Laboratory, “the coolest spot in the universe”, which will be ready for installation inside the International Space Station by December 2015.

There are several reasons underlying the scientific drive to explore characteristics and qualities of matter in conditions that are difficult to replicate on Earth. Space’s low temperatures, unattainable in terrestrial laboratories, reveal the wave nature of atoms, as well as possibly new phenomena. The absence of gravity additionally allows such experiments to last longer – up to 20 seconds.

One hundred pico-Kelvin is remarkable in that it is a mere ten billionth of a degree above absolute zero (0K or −273.15°C) – a point on an imaginary thermometer where all thermal activity of atoms theoretically halts. When temperatures are so low, our traditional ideas of atomic behavior cease to apply. The matter is no longer solid, liquid or gas – its atoms tend to create quantum forms of matter.

Quantum mechanics is a branch of physics that describes intricate and bizarre light and matter rules on an atomic scale. It is a wonderland where nothing is certain, where objects behave both as particles and as waves, and where matter can be in two places at once. “We’re entering the unknown,” said Thompson.

With the help of the Cold Atom Lab, the researchers will be able to conduct many exciting experiments.

“We’ll begin by studying Bose-Einstein Condensates,” he said. “The Cold Atom Lab will allow us to study these objects at perhaps the lowest temperatures ever.”

The condensates, named after Satyendra Bose and Albert Einstein, who predicted them in the beginning of the 20th century, were, in fact, discovered only in 1995. And in 2001, Eric Cornell and Carl Wieman shared the Nobel Prize with Wolfgang Ketterle for their independent discovery of the intriguing capacity of rubidium and sodium atoms to form a single wave of matter when cooled to temperatures slightly above the absolute zero threshold.

The researches, planned by NASA, are aimed at studying ultra-cold quantum gases in the microgravity of the ISS besides other experiments.

The technology, which would allow such experiments, includes an atom chip with on-window wires that enable simultaneous magnetic trapping and optical manipulation, in addition to compound silicon and glass substrate technology that leads to both magnetic and optical control of ultra-cold atoms.

The Cold Atom Lab, which actually is designed “for use by multiple investigators” and is “upgradable and maintainable on orbit,” is scheduled to be launched inside the ISS in early 2016, where it will be able to function for 5 years. 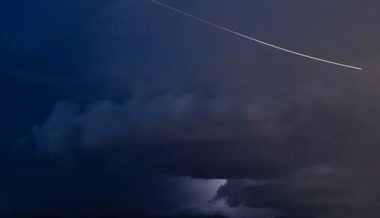