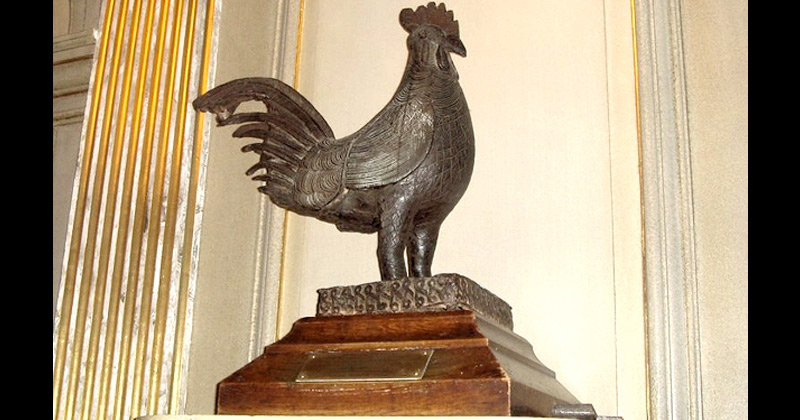 A Cambridge University college removed a bronze rooster statue from its main hall after students claimed the item was racist.

Known as the “okukor,” the cockerel was given to Jesus College in 1930 by Army Capt. George William Neville, a father to one of the university’s students.

A resolution was passed by the student union in February that supported sending the rooster, which they also say celebrates “the colonial past,” back to its original home in Africa.

According to Amatey Doku, a student from Ghana who first introduced the initiative, the item was stolen from Nigeria as a form of revenge after the killing of several British traders.

After heated debate, in which one student was heard screaming that “The opinion of two white men is not valid,” the college agreed to remove the controversial statue.

“Jesus College acknowledges the contribution made by students in raising the important but complex question of the rightful location of its Benin bronze, in response to which it has permanently removed the okukor from its hall,” a statement said.

“The college commits to work actively with the wider university and to commit resources to new initiatives with Nigerian heritage and museum authorities to discuss and determine the best future for the okukor, including the question of repatriation.”

As noted by Breitbart writer Nick Hallett, the move “raises fears that other radical student protesters will now be emboldened to make further demands.”

“Student activists are also campaigning to remove a statue of Queen Victoria from Royal Holloway, University of London because it describes her as ‘Empress of India,'” Hallett writes.