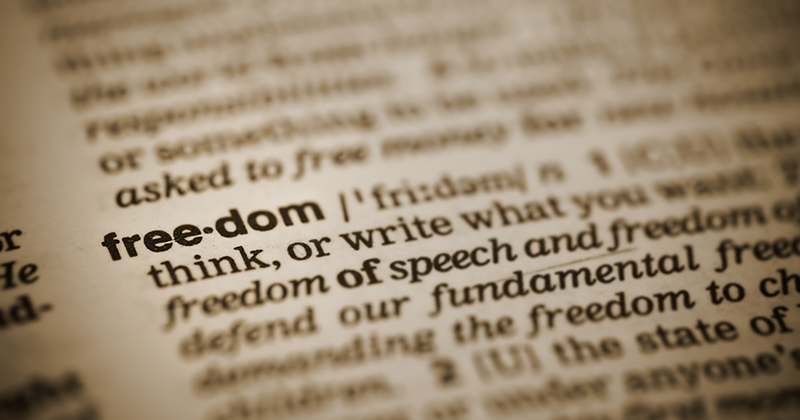 A university in Pennsylvania is to remove the word ‘freedom’ from ID cards after a few students created a petition complaining that the word is offensive to minorities because it reminds them of ‘slavery’.

The term “has made minority students (black students in particular) feel like we are being dehumanized. Gifting us with IDs that grant us our ‘freedom’ is of extremely poor taste. Especially coming from a University that is named after a slave owner,” the petition claims.

“We would like to rename our Freedom Cards to something that is not insensitive,” it further demands.

It continues, “If Robert Morris University is the welcoming place that the other 76 percent of students know and love; we ask that these changes be made so that minority students can also feel that same pride in being a Colonial.”

It had only received 130 signatures when the RMU Dean of Students immediately caved, and announced that the name and design of the cards is to be changed.

Jonathan Potts, Vice President of Marketing and Public Relations at RMU, told Campus Reform that a name change of the card was already being discussed anyway:

“We had already been planning to redesign and rename our student, faculty, and staff identification cards to make them more widely recognized on campus and more easily communicate their purpose,” Potts said, adding that the school “nonetheless thought the time was right to communicate it to the students for whom it was a concern.”

It happens to be George Orwell’s birthday today (25th June). What was it that he wrote about freedom and slavery in 1984?

"War is peace, freedom is slavery, ignorance is strength."

The slogan of the Party in 1984 by George Orwell is a clear illustration of doublethink, which is the power of holding two contradictory beliefs in one's mind at the same time and assuming both of them are true.

"The most effective way to destroy people is to deny and obliterate their own understanding of their history."