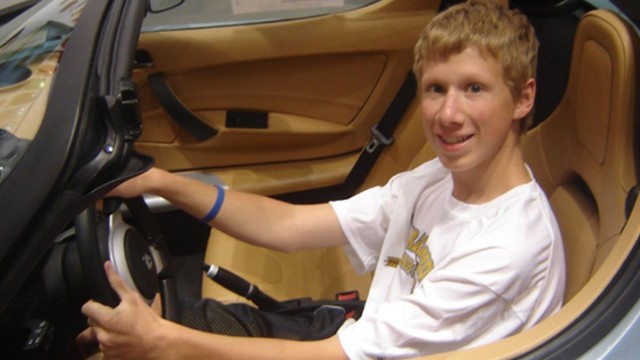 Don’t expect Mark Potok to get on MSNBC and dissect the ideological background of the latest high school shooter.

It turns out Karl Halverson Pierson, the teenager who wounded two Colorado high schools students and then killed himself, was a dyed-in-the-wool liberal.

Not only did Pierson have “strong beliefs about gun laws and stuff,” according a student who attended a class with him, but the teenager was a “very opinionated Socialist,” News.com.au reports.

In one Facebook post, Pierson attacks the philosophies of economist Adam Smith, who through his invisible-hand theory pushed the notion that the free market was self-regulating. In another post, he describes himself as “Keynesian.”

He also attacked Republicans for their stance on Obamacare, climate change, and gun violence. In short, he was a staunch Obama liberal.

The Southern Poverty Law Center and other liberal groups invariably try to place the blame for many shootings on patriot groups and libertarian and constitutionalist political ideologies. In November, they claimed the LAX shooter, Paul Ciancia, was driven by a New World Order and Federal Reserve conspiracy.

Other liberals jumped on the bandwagon. The liberal website Raw Story, for instance, linked “New World Order” to a “conspiracy-minded right” and, more specifically, media figures Alex Jones and Glenn Beck. It stopped short of directly blaming Jones and Beck for inciting a murder committed by a mentally disturbed individual who threatened to commit suicide prior to the attack.

If the anti-Second Amendment left bothered to follow through on its own faulty logic, the SPLC and talking heads at MSNBC would cite John Maynard Keynes, Karl Marx and Frederich Engels as inspiration for Pierson’s attack.

This, of course, would be nonsense. Individuals alone are responsible for committing murder, not political ideology or supposed lax gun laws.