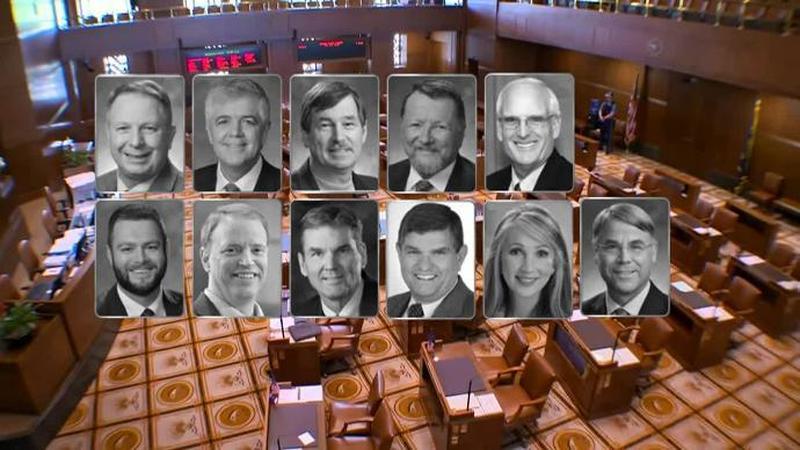 A standoff between Republican and Democratic Oregon state senators escalated on Friday after Governor Kate Brown (D) authorized state police to track down Republican lawmakers who have stalled a vote on carbon credit legislation by walking out and refusing to vote.

“Under the proposed cap-and-trade bill, Oregon would put an overall limit on greenhouse gas emissions and auction off pollution “allowances” for each ton of carbon industries plan to emit. The legislation would lower that cap over time to encourage businesses to move away from fossil fuels: The state would reduce emissions to 45% below 1990 levels by 2035 and 80% below 1990 levels by 2050.”

“Those opposed to the cap-and-trade plan say it would exacerbate a growing divide between the liberal, urban parts of the state and the rural areas. The plan would increase the cost of fuel, damaging small business, truckers and the logging industry, they say.” –ABC13

While Oregon Democrats have a rare 18 to 12 supermajority in the House and Senate, they cannot approve the bill without at least two Republicans present. After several days of heated debate between the two sides, eleven GOP members mutually agreed to boycott the vote.

(Of note, Oregon House Democrats once fled the capitol in 2001 for five days over a redistricting proposal – which Brown said at the time was “appropriate under the circumstances.)

Sen. Brian Boquist (R) didn’t take too kindly to Brown’s threat – telling a reporter he was prepared for a bloody standoff if state troopers show up for him. Boquist had previously told Brown that “hell is coming to visit you personally” if she went forward with the threat.

“Send bachelors, and come heavily armed; I’m not going to be a political prisoner in the state of Oregon, it’s just that simple,”

Oregon state senator @BrianBoquistGOP said if R's walk out to stop a vote on Cap and Trade and @OregonGovBrown sends state police to bring him back, they should be single and well armed. Your take? pic.twitter.com/Fcu8NXXl8h

Meanwhile, Oregon’s Senate President Peter Courtney’s office told ABC13 that each missing Senator was hit with a $500 fine on Friday, which would continue daily until they vote on the legislation.

“We will file legal action,” said Sen. Tim Knopp, a Republican from Bend who has said he has been in three states in the past three days. “If they were trying to bring us back, threatening to arrest us and impose fines isn’t going to work.”

Senate Majority Leader Ginny Burdick said Republicans have no legal recourse as the fine is explicitly written in statute. A GoFundMe to cover the rogue lawmakers’ expenses and fines raised nearly $30,000 in less than a day. State ethics laws prohibit officials from receiving gifts exceeding $50, so it’s unclear whether senators could access the money. -ABC13

State police, meanwhile, will have the ability to track down senators and force them into a patrol car to return to the capitol, though the agency promises to use “polite communication” and patience throughout the process.

If Boquist starts shooting, we imagine that could change rapidly.

While speaking at the “Poor People’s Campaign Presidential Forum”, Joe Biden commented “..let’s start a real PHYSICAL revolution if you’re talking about it!”. Alex exposes the communist policies now being embraced by the Democrats.